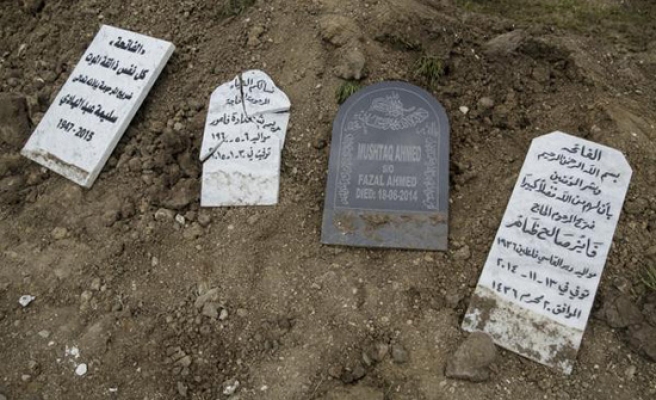 More than 50 Muslim graves have been desecrated in the Danish city of Odense, just three months after a similar incident in the country, police sources and Danish media reported Tuesday.

At a time when Islamophobic sentiments and attacks were raging all across Europe, the latest attack in Denmark, according to Danish media, is believed to have been carried out with ax by unknown number of attackers over the weekend.

According to the Danish daily Berlingske, police were yet to make an arrest in the incident that left dozens of gravestones destroyed or damaged.

Bosnian Mirna Ugljen told DR television Tuesday that she was shocked to see the cemetery vandalized where her father had been resting since 17 years. "When we came to visit my father, we were shocked. They are dead and cannot hurt anyone. Leave them alone," Ugljen said.

Danish Minister of Justice Soren Pind condemned the incident on Twitter. "Stop this. As Denmark, we do not want to walk on such a path," he tweeted in Danish language.

In a similar incident, about 50 Muslim graves were desecrated in the western Copenhagen suburb of Brondby.