A Turkish-born German author and known PEGIDA supporter, Akif Pirincci is facing criticism after speaking at a PEGIDA rally. 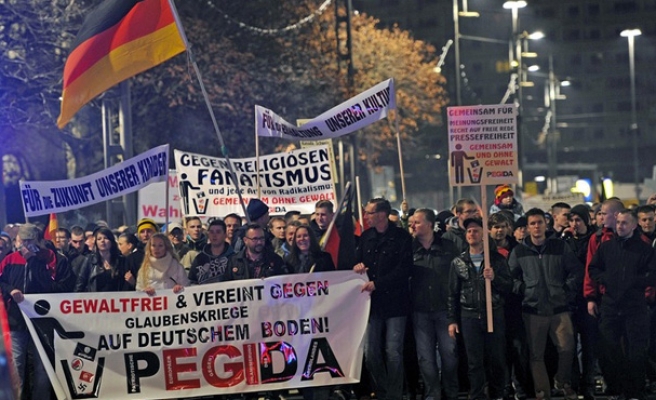 Random House announced late on Tuesday that it had terminated all contracts between its subsidiaries and Pirincci, following right-wing extremist comments made by Pirincci in Dresden on Monday evening, according to a report in Deutsche Welle.

"The protection of democracy and human rights is for us a key part of our publishing creativity, as well as respect for traditions and the desire for cultural diversity," Random House wrote on their website, adding that Pirincci's statements "are conflicting to these values."

In his 25-minute speech on Monday, Pirincci described refugees as "invaders," and politicians as "gauleiters against their own people." He went on to also make a reference to Muslims "who pump infidels with their Muslim juice" and a threat that Germany would become a "Muslim garbage dump."

The 20,000 crowd at the first "anniversary" reacted with screams of "resistance, resistance," to which Pirincci said, "Of course there are other alternatives - but the concentration camps are unfortunately out of action at the moment."

The International Auschwitz Committee branded the "concentration camp" comments as a "disgusting signal of shamelessness." State prosecutors in Dresden also said they would be investigating Pirincci's remarks, on suspicion of hate speech.

Even from within the ranks of PEGIDA, it appeared that Pirincci had gone a step too far, with the movement's co-founder, Lutz Bachmann, condemning the comments.

Bachmann posted an apology on Facebook on Tuesday, saying it was "a grave mistake" to not turn off Pirincci's microphone earlier.

Between 15,000 and 20,000 PEGIDA followers poured into the streets on Monday evening - almost a year to the day since the group held its first rally in capital of the German state of Saxony.