With the recent influx of refugees arriving in Germany, PEGIDA has relaunched campaigns that saw thousands of demonstrators protesting against their arrival. 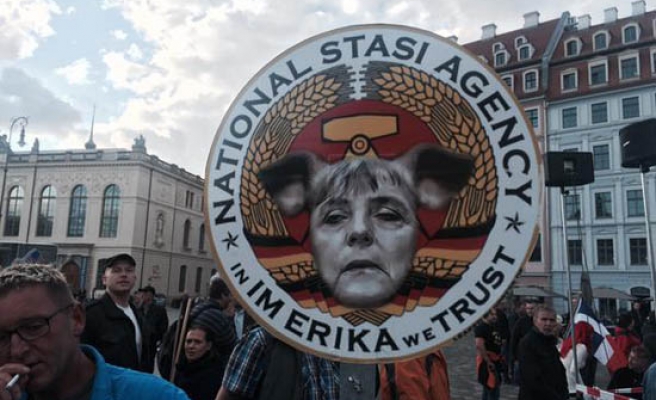 Germany is once again in the midst of massive anti-immigration rallies,with the latest demonstrations seeing thousands of right-wing protesters expressing anger over the influx of refugees, according to a report in RT.

Approxiately 10,000 members of PEGIDA (Patriotic Europeans against Western Islamization) marched through, Dresden, Germany, where the group was originally established. The crowds decried the tidal wave of migrants coming to Europe and, in particular, the arrival of Muslim refugees en masse in Germany.

The group and their opponents also organized rival rallies in Munich, with an estimated 300 PEGIDA supporters attending.

Clashes with police broke out during similar marches in the German capital of Berlin.

The massive protests began after Germany’s decision to take in a larger number of refugees this year triggered a furious response from far-right groups.

“We don’t see the refugees as bad, we blame politicians for flooding Germany with large number of mainly young Muslim males. The government is taking irresponsible risks, since no one can predict how they will behave in the future,” a protester in Berlin told RT.