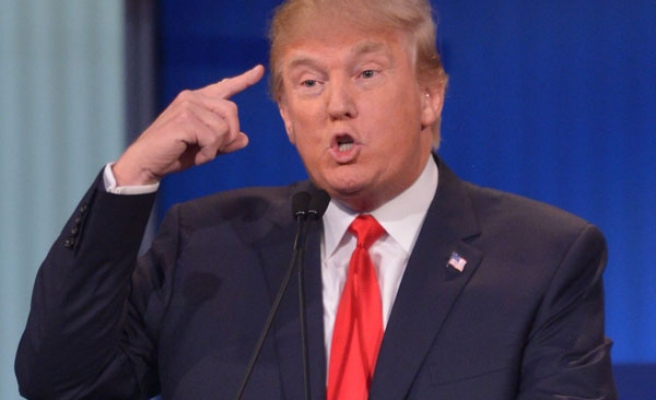 At a campaign rally in New Hampshire Wednesday night, Republican presidential frontrunner Donald Trump declined to correct a supporter who declared that “Muslims” are “a problem in this country” and urged the candidate to “get rid of ‘em.”

Voicing the beliefs of nearly half of U.S. Republicans, the speaker also claimed that President Obama is a Muslim — another point Trump allowed to stand as he promised to “look at” the issue.

Civil rights groups in the area now say they are deeply concerned that such a high profile figure like Trump condoning hate speech against Muslims will escalate.

“Anti-Muslim rhetoric isn’t just ugly, it’s dangerous. It is almost always followed by an uptick in anti-Muslim hate crimes and violence,” said Farhana Khera, a member of the organization Muslim Advocates. The organization is demanding Trump clarify his comments and publicly answer whether he believes the country needs to “get rid of” Muslims.

"We know our current president is one. You know he's not even an American," the man said.

Trump did not interrupt the man or challenge his contention in any way.

The billionaire developer's rise to the top of the Republican field in the race for a November 2016 presidential nominee has been impervious to the various controversies that erupt around him almost daily.

Whether this latest episode would prove to be an important turning point for Trump was yet to be seen.

At least one Republican rival, Senator Lindsey Graham of South Carolina, said Trump had crossed a line, creating a "defining moment" for his candidacy.

“If I were Donald Trump, I would go on national television and say 'I handled it poorly and if I had to do it all over again, I would challenge his question,'" Graham said on MSNBC. "It's OK to apologize."

Trump in 2011 triggered a controversy by demanding that Obama show evidence that he was born in the United States. The Democratic president produced a longer form of his birth certificate that made clear he was born in Hawaii, not Kenya, as some of his critics have contended.

Obama is a Christian who as president has attended church occasionally.

"Is anybody really surprised that this happened at a Donald Trump rally?" White House spokesman Josh Earnest told reporters when asked about the latest Trump controversy.

Trump canceled a campaign event scheduled for Friday in South Carolina, saying he had an important business transaction to attend to.

Trump's reaction contrasted with how 2008 Republican presidential nominee John McCain dealt with a woman who called Obama an Arab at a McCain campaign event. McCain immediately stopped the woman and called Obama a decent family man with whom he has policy differences.

"He knew or he should have known that what that man was asking was not only way out of bounds, it was untrue, and he should have, from the beginning, repudiated that kind of rhetoric, that level of hatefulness of a questioner in an audience that he was appearing before," Clinton told reporters in Durham, New Hampshire.