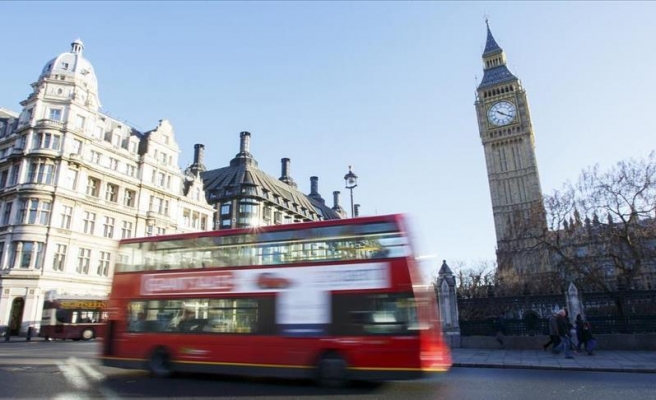 A Londoner who racially abused a Turkish pensioner has been jailed after footage of his foul-mouthed tirade went viral on YouTube.

Kashif Samuels, 25, was given a 16-week prison sentence on Thursday after being found guilty of an aggravated public order offence on a crowded bus in North London last month.

Filmed by another passenger, video showed Samuels telling his victim to “go back to Turkey” before shouting Islamophobic abuse. It ended with Samuels throwing the victim’s walking frame off of the bus.

Samuels sat in Highbury Magistrates' Court dock in silence, with his eyes closed, as the footage was played during a sentencing hearing.

Prosecutors told the court the victim could not be traced but they had established he was an elderly Turkish man.

Samuels decided to end the incident by throwing the victim’s walking frame off of the bus, the prosecution said.

His defense attorney said Samuels had been through “a very difficult break-up with the mother of his two-year-old child” and that his client accepted he has anger management issues, but added he had consistently apologized for his actions.

The court also heard Samuels has had to temporarily move out of his home address, where he lives with his mother, because of the threats received at the house and on the telephone.

But the judge said Samuels had made a “prolonged attack” on a vulnerable victim and had done so in front of his young child, making a prison sentence inevitable.

Samuels was sentenced to 24 weeks in prison, reduced to 16 weeks because he had pleaded guilty to the crime. He was also fined £320 ($487) in court costs and compensation.

He was heard to say “Thank you very much”, his voice breaking, as he was led by security guards.

In a statement released after the verdict, Gerallt Evans, Deputy Chief Crown Prosecutor for the Crown Prosecution Service said: “This case has quite rightly caused shock and outrage among the general public.

“Kashif Samuels used abusive anti-Muslim and racist language against the victim and caused distress and alarm to the other passengers on the bus. Not only did he shout and swear at the victim but also threw the victim's walking frame from the bus when it came to a halt.

“This appalling outburst was caught on camera by a public-spirited fellow passenger and left Samuels no choice but to plead guilty.

“Hate crime of any kind will not be tolerated in London. Members of the public should be able to travel on the city's transport network without fear of violence, abuse or harassment and we will continue to work with our police partners to bring those that commit these crimes to justice.”