US Muslims on high alert for armed protestors

Communities across the US worry over a gathering storm this weekend dubbed the Global Rally for Humanity: ‘There is so much misunderstanding’ 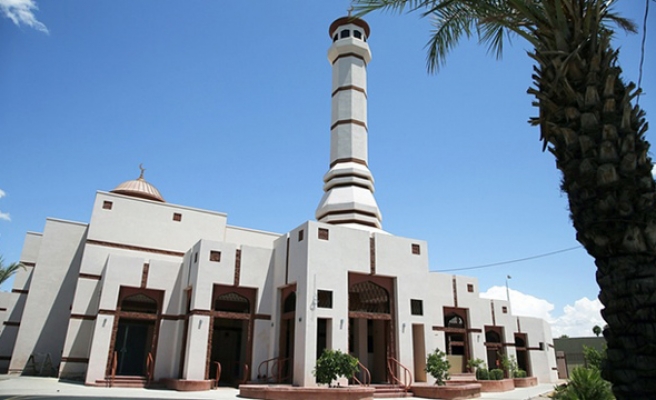 Muslim leaders of mosques in at least 20 cities across the United States, are bracing themselves for anti-Islam demonstrations scheduled for Friday and Saturday by a loose group of potentially armed rightwing protesters according to a report in The Guardian.

A number of Facebook pages are promoting protests and calling on their followers to go to any mosque, Muslim establishment or Islamic organization and voice their opinion on Saturday, 10 October.

“We are not canceling our prayer services for Friday and Saturday but we will have Phoenix police officers here in case the protestors get violent, especially because we have been hearing that some of the protestors will be armed,” said Usama Shami, the president of the Islamic Community Center of Phoenix (ICCP), the largest mosque in Phoenix that hosts more than 800 people for Friday prayers.

Phoenix police have confirmed that they will be present, in particiular because in Arizona, its legal to openly carry guns.

Apart from Global Rally for Humanity, Oath Keepers, a group that advocates for open carry of guns and has been described as a “fiercely anti-government, militaristic group” by the Southern Poverty Law Center will also be present.

Zainab Chaudry, outreach manager of the Council on American-Islamic Relations (Cair) in Maryland and a key organizer of the community alert to the mosques all over the US, said “this is one of the most massive anti-Islam protests in recent history ... even in post-9/11 we didn’t see the kind of Islamophobia that we see now”.

Chaudry attributed the increasing anti-Islamic sentiment to widespread misrepresentation of the religion by ISIL and Boko Haram, two extremist groups, as well as recent discriminatory comments made by Republican presidential candidate Ben Carson. She said that Cair representatives and Muslim leaders have been communicating with officials at the Department of Homeland Security (DHS), the FBI and local police departments about the protests, and that officials are aware of the widespread threat of the demonstrations.

“Unfortunately, seeing protests outside the mosque has become routine for us, but what is different with these protesters is that they may be armed,” said Imad Enchassi, the imam, or religious leader, of the Islamic Society of Greater Oklahoma City.

Enchassi said that his mosquea already has a number of security devices including fences, security cameras and other security measures in place because he doesn’t want to take any chances of protesters getting into the mosque.

“We have been advised by law enforcement not to engage the protesters and invite them into the mosque. During past protests we have invited protesters in and offered them juice and pizza,” Enchassi said.