The US has published an Air Force white paper that includes a controversial chapter claiming that the hijab, the Muslim woman's head cover is a form of passive terrorism. 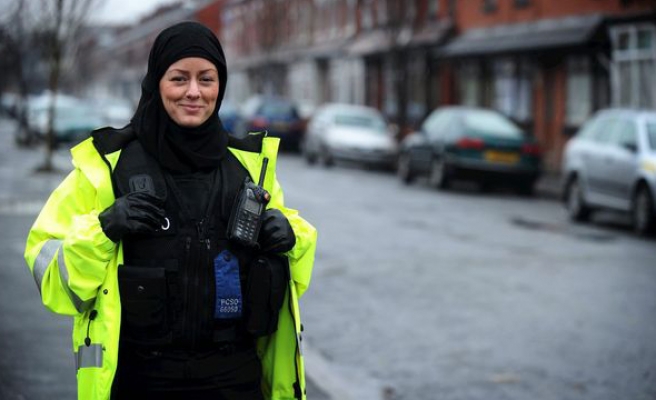 A white policy paper issued by the Air Force Research Laboratory, titled "Countering Violent Extremism: Scientific Methods & Strategies", includes a chapter giving controversial and unsubstantiated theories of radicalization, including the idea that support for militant groups is driven by “sexual deprivation” and that headscarves worn by Muslim women represent a form of “passive terrorism.”

The article was republished last summer onnline by the open source research website Public Intelligence. A preface for the revised report cites a summit convened by Obama on extremism as a reason for revisiting the subject, adding that “the wisdom contained in this paper collection is more relevant than ever.”

Whilst the document makes reference to scholars who have merit one part has been written by Dr. Tawfik Hamid who has described himself as a former extremist and has made reference to a number of bizarre strategies to defeat terrorism. On his personal website he claims that he his an "Islamic thinker and reformer" and also claims credit for "developing one of the most innovative Cognitive Psycyhology models, the Multi-Dimensional Learning Model".

Hamid claims the support for extremism is a direct result of sexual deprivaation and that terrorism is related to the dress of people who support it. He says that combating terrorism must include “addressing the factors underlying [sexual] deprivation” among young men, as well as “weakening the hijab phenomenon.” Hamid further claims that, along with fundamentalist ideology, the “hijab contribute[s] to the idea of passive terrorism” and represents an implicit refusal to “speak against or actively resist terrorism.” He provides no method for how he comes to these conclusions.

Two terrorism experts and professor of Islamic studies have hit back at Hamids chapter in the Air Force white paper saying that “This characterization of the hijab demonizes millions of women whose reasons for covering have nothing to do with the advocacy of political violence,” says Arun Kundnani, a lecturer on terrorism studies at New York University. “The document as a whole includes some scholars who are serious researchers. However it appears the purpose of this chapter by Hamid is not a genuine investigation of the roots of violence, but rather an attempt to supply national security agencies with bogus surveillance rubrics.”

Hamid’s theory of radicalization states that terrorism is a result from a lack of sexual activity among young men and that this needs should be prioritized in order to prevent young mens' support for militant groups. “I believe young Muslims are motivated to join radical groups because of sexual deprivation,” he writes, claiming further that “addressing the factors causing deprivation in this life can interrupt the radicalization process and reduce the number of suicide attacks by jihadists.”

An expert on the subject of foreign fighters disagrees. “There is virtually no evidence that sexual deprivation is somehow a cause of radicalization, or suicide attacks,” says Amarnath Amarasingam, a fellow at George Washington University’s Program on Extremism. “From my interviews with jihadists in various organizations, it is clear that they are there for a complex variety of reasons. To simply attribute their motivations to sexual depravity is to miss the point entirely.”

Ingrid Mattson, a professor of Islamic Studies at the University of Western Ontario, said Hamid’s comments about the hijab are baffling. She pointed out that the hijb is worn by an incredibly diverse range of women, including Nobel Peace Prize recipient Malala Yousafzai.

“Is hijab any Muslim woman’s headcover? Any style, any country? Because covering the head is very widely observed among Muslim women,” Mattson says. “There is no logic here. Is Malala, who wears a hijab and was shot by the Taliban, a terrorist? There is nothing, sadly, more banal than for powerful people to tell women to take their clothes off.”

Despite the lack of credibility, Hamid's work as appeared in documents for the FBI that were part of its  originalanti-extremism strategy as well as the revised version. Hamid’s chapter “is no more than Islamophobic propaganda and should not have been included in any kind of government training material or published research,” Kundnani said.