At least 27 officials and executives are sought in the investigation into a kickback scheme that involved politicians and company executives. 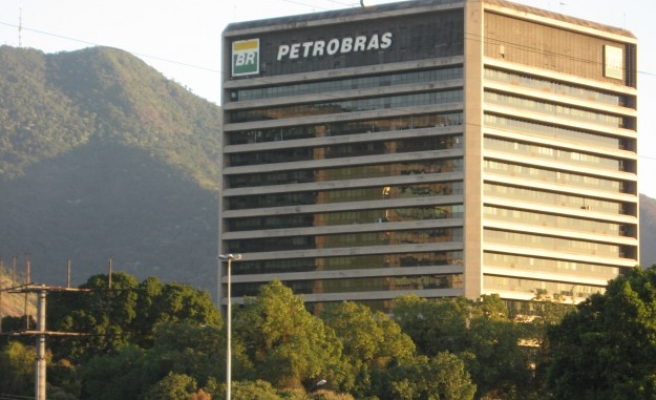 It was the seventh stage of an investigation known as “Operation Car Wash,” and sought the arrests of 27 suspects across five states and the nation’s capital.

The operation blocked more than R$270 million ($103.4 million) in assets of 36 suspects, according to the Federal Police’s official Twitter account.

Among those detained is ex-engineering director Renato Duques, the second senior executive arrested to date. Duques’ lawyers told the Folha de São Paulo newspaper that his incarceration was only “temporary” for “inquiries.” Authorities also arrested the presidents of five private construction and engineering companies.

Petrobras, Brazil’s largest company and an important symbol of national pride, has been jolted in the past few months when allegations of the scandal surfaced. It involved a bribery scheme that kickbacked a reported 3 percent on contracts with construction companies to politicians and company officials.

The alleged impropriety has gained the attention of the U.S. Security and Exchange Commission that has launched its own investigation in collaboration with Brazilian prosecutors.

Petrobras announced Thursday that it would delay the release of its third-quarter results due to the scandal. "Petrobras is going through a unique moment in its history due to investigations regarding allegations of conspiracy, embezzlement and corruption amongst others," it said in a statement.

News of the scandal broke in September, amid the nation's presidential elections campaign and threatened the re-election of Dilma Rousseff. She managed to win the vote, despite many voters being furious that her party, the Worker’s Party, or PT, is at the center of the allegations..

Her challenger during the elections, center-right Sen. Aécio Neves, said Friday that the “irresponsibility” of the PT was “denigrating the image and history of Brazil’s largest company.”

He warned that the investigation was getting very close to the most senior government members.

“There is a clear perception that this was not an isolated incident involving one person or another, one director or another, but is a structured organization, almost institutionalized within Petrobras, causing huge losses for Brazil,” Neves said. “I think we will still find out more information, and unfortunately, many surprise ahead,” he added.