2,000 dead Bolivians on vote register ahead of polls

Juan del Granado, candidate for Movement Without Fear (MSM) denounced the issue as “very serious” and demanded that the names be immediately withdrawn from the register. 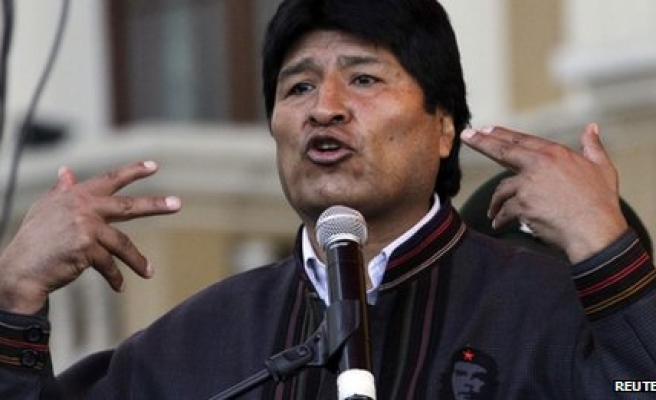 "We have done a sample of all of the cemetery's information of deaths from 2012 and 2014 and Surprise!, 326 dead people are going to vote in October," Granado said Sunday during a debate hosted by the Association of Journalists, and boycotted by President Evo Morales' party.

Granado, a rank outsider, labeled the Supreme Electoral Tribunal (TSE) “inefficient and ineffective” and appealed to international observers to investigate.

The TSE confirmed 2,187 out of 15,579 of the deceased remained eligible and placed the blame on families for improperly filing death certificates meaning they couldn’t be removed. It denied the dead would be impersonated in the election.

“On the list is the photo and all the information to be identified by the ID card of the person that comes to vote,” spokesman Ramiro Paredes said Tuesday, reported the daily La Patria.

While the mistake was possible in rural areas, the fact that the TSE authorized the names made it complicit, said MSM candidate for Bolivia’s lower house, Edwin Herrera.

Granado drew further attention to another case where a man and woman were registered to act on election juries but they had been dead for four years.

Morales, an Aymara Indian who harnessed indigenous support to become Bolivia’s longest-serving president since civilian rule returned in 1985, is running for an unprecedented third term.

Earlier this year a constitutional court controversially ruled in his favor to alter presidential term limits.

The election is considered Morales’ to lose, amid high approval ratings and a fragmented opposition. Morales has refused to debate the opposition, dismissing them as ‘neoliberals’ and allied to the United States.

The MSM said Morales has pursued intimidation tactics to weaken the opposition, and alleged interference in national polls results.

A Equipsos Mori poll Sept. 16 gave the former coca leaf farmer 54 percent of the vote with his next challenger at 14 percent.

Del Granado polled fourth at 3 percent in the survey that interviewed 2,140 in 110 urban and rural areas. The margin of error was 2 percent.