Eighty-five prisoners escaped from a jail near the U.S. border on Friday, authorities and media said 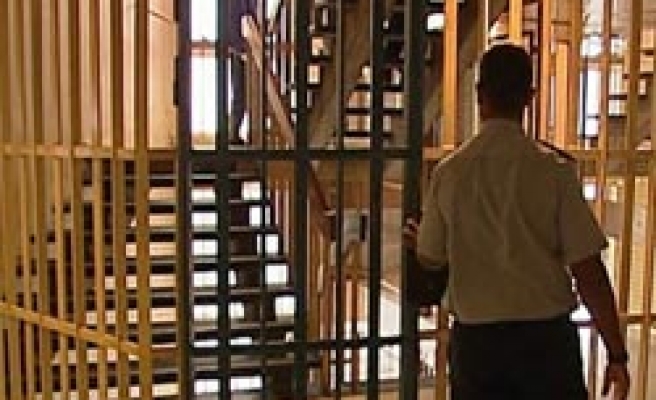 Eighty-five prisoners escaped from a jail near the U.S. border on Friday, authorities and media said, the latest prison break underscoring the challenges Mexico faces as it battles powerful drug cartels.

The prisoners, mainly cartel members, climbed over a prison fence in the border city of Reynosa, across from McAllen, Texas, in the early hours of Friday morning, local radio and newspapers reported, saying 85 men escaped.

A spokesman for Mexico's attorney general's office in Reynosa confirmed the jailbreak but declined to give details.

Police arrested more than 40 prison guards and staff who were on duty when the men escaped, and two prison guards are missing, local radio and newspaper El Norte said.

The jailbreak follows a scandal in July, when authorities discovered that prison officials had allowed convicts out of a prison in northwestern Durango state to carry out revenge attacks before returning to cells for the night.

Mexican President Felipe Calderon, who sent thousands of troops across the country to fight drug gangs, has vowed to clean up prisons that in the past have allowed jailed drug lords to live in luxury or escape when they please.

But the conservative leader has struggled to contain corruption and lawlessness in the Mexican prison system.

Officials say rising drug violence across Mexico is a sign the army is weakening powerful cartels, but Calderon is under enormous pressure to stop escalating drug violence that has killed over 28,000 people since late 2006.

The murders of 25 people by suspected hitmen in Ciudad Juarez, across from El Paso, Texas, on Thursday was the bloodiest day in almost three years in an area gripped by an escalating drug war, officials said on Friday.

Gunmen burst into several houses in Ciudad Juarez and shot people accused of working for rival drug gangs, a spokesman for the Chihuahua state attorney general's office said on Friday.

Four bystanders were also killed on Thursday as a convoy of hitmen shot its way out of traffic in Ciudad Juarez, local newspaper El Diario said. Police declined to confirm that report, but said 25 people had died in drug violence, in the worst single day of killings in Ciudad Juarez since January 2008, when recent drug murders began.

Mounting insecurity in Mexico could eventually pose a threat to efforts to pull Latin America's second-largest economy out of its worst recession since 1932. Export-driven cities like Ciudad Juarez, which lost 75,000 manufacturing jobs last year, have suffered particularly during the downturn.