Argentina's government says islands should be a region of peace; UK says exercise was routine and planned. 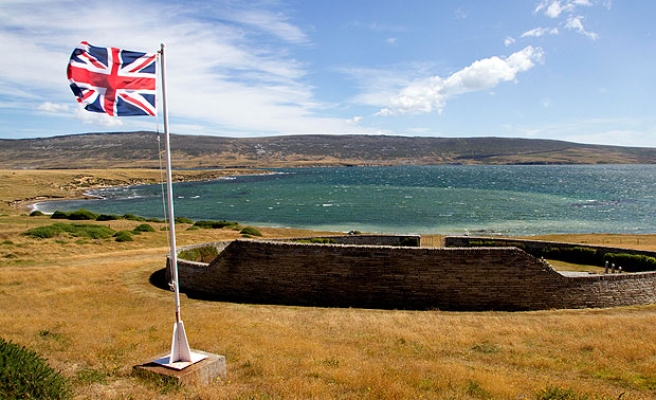 A British military exercise off the coast of the contested Falkland Islands was denounced by Argentina on Friday.

The archipelago, a UK self-governing overseas territory that has been under British rule since 1833 and once the site of a war between the two countries, “must be a zone of peace,” Cabinet chief Jorge Capitanich said during a televised press conference.

His comments came after the HMS Iron Duke of the UK Royal Navy earlier this week fired 136 shells into the ocean off the islands.

Capitanich said the exercise is a sign of “increased militarization” in the South Atlantic.

In separate comments, Argentina’s Foreign Ministry late Thursday called the exercise “a new provocation of the government of the United Kingdom through a purported demonstration of British ship’s firepower.”

Argentina and Britain fought a brief war over the islands in 1982 and since then, relations have remained tense on the issue of sovereignty with no talks taking place on the matter.

The British Ministry of Defense said the warship was carrying out only a routine and planned training exercise to test its firearms, according to a spokesman cited by La Nacion, a Buenos Aires newspaper.

Argentina has indicated it wants discussions with the UK about regaining sovereignty of the archipelago which Argentines call the Islas Malvinas.

“The diplomatic route is the preferred route of complaint,” Capitanich said.

But the nearly 3,000 Falkland islanders voted in a 2013 referendum to remain British, and the UK government has argued that their position should be respected.