Fernandez denies accusations of a cover up attempt, after a new prosecutor in her case vows to go forward with the investigation. 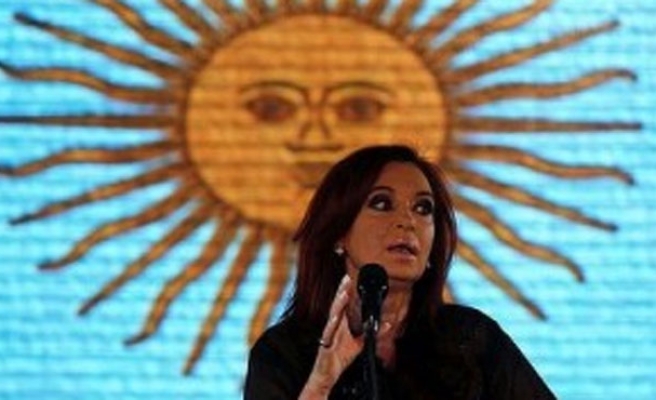 An Argentine prosecutor on Friday said he was taking over an investigation into claims President Cristina Fernandez tried to cover up Iran's role in a 1994 bombing, after the previous prosecutor died mysteriously last month.

The appointment of Gerardo Pollicita as the new state investigator on the case ensures the probe will continue after prosecutor Alberto Nisman was found dead in his apartment on Jan. 18.

Nisman died a day before he was due to address Congress on his allegations that Fernandez conspired to cover up the bombing of the AMIA Jewish community center in Buenos Aires.

Pollicita said in a 61-page court filing on Friday that he had seen enough evidence to pursue the accusations of a cover-up.

"An investigation will be initiated with an eye toward substantiating ... the accusations and whether those responsible can be held criminally responsible," Pollicita said in his filing.

After Nisman's death, the president alleged that the prosecutor was killed by forces who tried to remove her from office.

"The criminal complaint by prosecutor Nisman was never in itself the true plot against the government," Fernandez wrote, adding that the investigation would "collapse like a house of cards." Instead, she suggested, the real plot against her was Nisman's death. "They used him while he was alive, and then they needed him dead," she wrote. "It's that sad and terrible."

The president's chief of staff Anibal Fernandez said the accusations were a politically-motivated "destabilization maneuver" with "no legal validity."

Fernandez says she believes Nisman was murdered by rogue state intelligence agents who were fired in December. She says they used Nisman to smear her with "absurd" conspiracy charges and then killed him when he was no longer of use to them.

Nisman claimed Fernandez opened a secret back channel to Iran to cover up Tehran's alleged involvement in the 1994 bombing and gain access to Iranian oil to help close Argentina's $7 billion per year energy deficit.

Five Iranians have been accused by Argentine courts of being involved in the bombing, which killed 85 people. They deny the charges.

Iran's government has repeatedly denied any involvement in the attack.

The Nisman scandal has shocked Argentina eight months ahead of October's presidential election and hit Fernandez's popularity. She is constitutionally barred from running for a third consecutive term.

After Nisman's death, a court ruled that his probe into the alleged cover up should be presented as its own case, separate from the bombing which Nisman had been investigating, legal experts said.

"Seeking the truth is not easy, but neither is it impossible," she told a news conference. "We are going to strengthen the AMIA unit and guarantee the continuity of its team."