Argentina receives the largest loan in history from IMF

Argentina becomes the country that gets the largest loan ever in the history of the International Monetary Fund, with the intention of rescuing the country's troubled finances. It is about $ 57.1 billion, to be disbursed over the next three years. 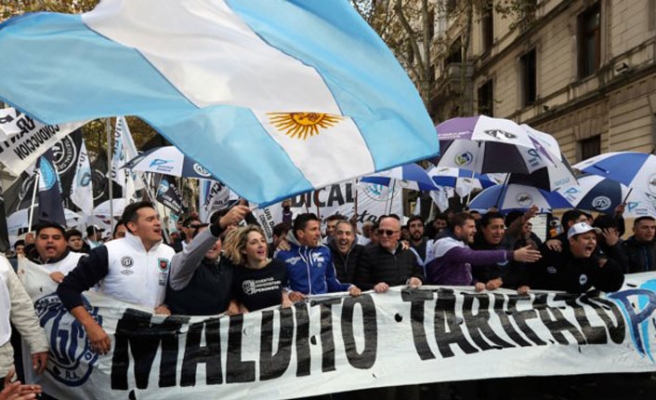 The loan, a 15 billion share is already received from Argentina, comes with very tight constraints, including a commitment to zero deficit for 2019.

Argentina initially provided a $ 50 billion deal after the June negotiations, when the South American country was struggling with the deep domestic currency crisis and double-digit inflation.

But Economy Minister Nicolas Dujovne said at the last minute the IMF agreed to raise the lending package with another 7.1 billion.

Lagarde said that as part of the agreement, the Argentine Central Bank has agreed to intervene in monetary markets only in extreme circumstances, as the new loan will help the Latin American country's government face the challenges.

The agreement will allow the Central Bank of Argentina to intervene to stabilize the currency if the weight depreciates below the 1 dollar exchange rate of 44 pounds. Currently, the exchange rate is 39 pounds per dollar, as the domestic currency lost about 50 percent of the value since the beginning of the year.

The deal was announced only one day after Argentine Central Bank President Nicolas Caputo abruptly resigned, as reported because of disagreements with the IMF guidelines that limited bank intervention in the future to rescue the pesos.