Seventeen people were found to be underreporting incomes after traveling to watch a boxing match in Las Vegas. 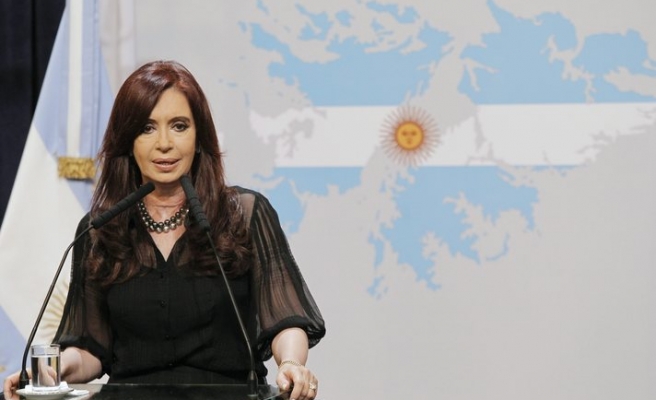 Argentina’s federal tax agency said Monday that it caught 17 people for evasion after tracking their travels to a boxing match in Las Vegas.

The announcement was the latest sign of the lengths the country will go to, in order to boost collections.

The agency, known as the AFIP, said the alleged evaders traveled to watch a sell-out fight Saturday between American welterweight champion Floyd Mayweather and Argentina’s Marcos Maidana at the MGM Grand Garden Arena.

Of those caught in the sting, one owns a Porsche Carrera valued at more than $150,000 and another is a lawyer who traveled overseas 10 times in 2013, the agency added.

This is the latest effort by the administration of President Cristina Fernandez de Kirchner to boost tax revenue as Latin America’s third-largest economy enters a recession with surging inflation and dwindling foreign-currency reserves.

Gaston Rossi, an economist at LCG, a consulting firm in Buenos Aires, said the government has to do whatever it can to make more money because public spending is growing at about 40 percent annually while the pace of tax collection growth is lagging at 30 percent.

The ruling party, which has been in control since 2003, built much of its popularity by spending handsomely on welfare programs, public works and subsidies that have kept the cost of bus fares and other public utilities at among the lowest in the world.

Argentina could handle the spending between 2003 and 2011 when robust economic growth pulled in plentiful tax revenue.

But as spending continued to outpace tax collections, the government responded by jacking up taxes on crop and energy exports, taking over the private pension system and obtaining congressional approval to access the central bank’s once independently managed coffers.

More tax hikes followed, pushing up the overall tax burden. Argentina now has a burden of 48 percent of gross domestic product, still shy of the 50-plus percent of Nordic welfare states but in line with Italy, Rossi said. He estimates Argentina’s tax burden at 14 to 15 percentage points more than in the 1990s.

“Argentina has to generate a lot more money,” he said. “But with the fast pace of public spending, nothing is enough.”

Last year, the tax office clamped down on evasion in the transfer of football players to European leagues, a big business in Argentina. Celebrities have been ratted out. And the president even confessed that she has deployed tax collectors to inspect her opponents.

Most countries would reduce spending or find additional funds by borrowing on global financial markets, but Argentina can’t easily do either, Rossi said.

Argentina cannot tap international credit markets until it fully settles a $100 billion bond default from 2001. About $20 billion of that is still in arrears and some creditors who are suing for repayment could seize the proceeds of a bond sale.

With public finances, the government this year started to take more orthodox steps to reduce capital flight and protect international reserves after they fell over the past three years to a seven-year low of $27 billion. It has devalued the peso and raised interest rates but inflation of more than 30 percent annualized has cut consumer-spending power, and the combination of all is pushing the country into recession.

To minimize the recession, Rossi said the government believes its only tool is to sustain spending and to crack down on evaders.

Such efforts are a way of “instilling fear in people that they are watching me,” Rossi said.

Indeed, the tax office said it will crosscheck tax declarations with information from travel agencies and credit cards to verify if travelers to the World Cup in Brazil are adequately paying their taxes. The popular football tournament will be played June and July, likely spurring a flood of Argentines.

“We are going to deepen the controls,” the tax office said after declaring its boxing-match clampdown a “knock out.”