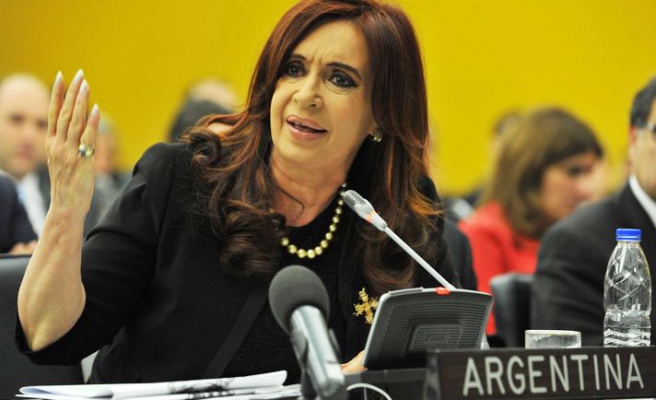 Argentina said Monday that it will seek a court order suspension from the U.S. to gain more time to negotiate a settlement on its US$1.5 billion debt out of a total $100 billion default since 2001.

“We will request a suspension of the sentence,” Economy Minister Axel Kicillof said in a televised press conference adding that such a suspension would provide the government more time to negotiate an agreement to settle with the plaintiff creditors while continuing to service its other debts.

Argentina is on the verge of its second default in 13 years after the U.S. Supreme Court last week declined to hear its appeal against the plaintiff creditors, who won a battle in the lower courts to collect in full what they are owed. The plaintiffs won the case based on an equal treatment clause in the contracts of the bonds they hold, meaning that the country cannot pay some creditors and not others.

The plaintiffs held out on the 2005 and 2010 restructures of the defaulted bonds, refusing to accept 30 cents on the dollar and instead pursued legal channels for full repayment.

Kicillof said that the lawyers representing Argentina will make the request Monday to Thomas Griesa, a U.S. federal judge hearing the case. He maintains that that Argentina wants to continue paying its debts on time, however, this could prove difficult if the order is not suspended.

The government has said it cannot make such a payment without breaking domestic laws and exposing it to risk of lawsuits from other creditors holding defaulted bonds like the plaintiffs. What is more, the holders of the restructured bonds could sue the country to collect the 70 cents they did not get in the restructures, saddling it with debts of up to $120 billion, according to official estimates.

The plaintiffs have said they are willing to negotiate, Robert J. Shapiro, chairman of the American Task Force Argentina, a lobbying group for creditors that held out of the restructure offers, said in a media teleconference Monday.

Kicillof said the aim of the suspension and subsequent negotiations is to find a solution that is fair to 100 percent of its creditors holding defaulted or restructured bonds.