Argentina's intelligence service played an important role during a "dirty war" directed by the military dictatorship of 1976-83 against Marxist rebels, labor unions and students. 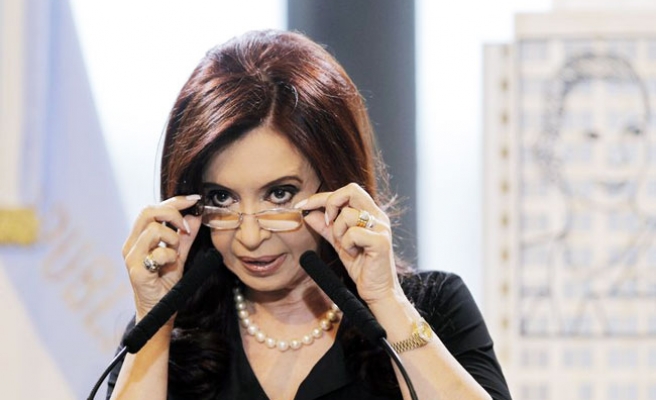 Argentina's government will purge spies it no longer trusts from the state intelligence agency as part of a major overhaul of the security body, sources familiar with embattled PresidentCristina Fernandez's thinking said.

The move comes after lawmakers passed a law on Thursday disbanding the former Intelligence Secretariat, or SI, parts of which Fernandez has portrayed as sinister and out of control, and established a new agency.

The SI has been at the center of a six week-long political storm following the death of state prosecutor Alberto Nisman, who had accused Fernandez of trying to cover up Iran's alleged role in the 1994 bombing of a Jewish community center in Buenos Aires.

Fernandez and her ministers say rogue agents duped Nisman into fabricating unfounded allegations against her in order to destabilize the government, and then needed him dead. Fernandez branded Nisman's accusations as "absurd" and on Thursday a judge threw out the case.

"Many people are going to be fired. There is going to be a serious review," said one senior official who spoke on condition of anonymity because of the sensitivity of the issue.

"The idea is to get rid of all those who the state can't trust or who work for other agencies as well," the source said, referring to the U.S. Central Intelligence Agency and Israel's Mossad.

The legislation approved on Thursday includes a clause which says "all personnel and property" will be transferred from the SI to the new Federal Intelligence Agency, or AFI.

But legal experts have described the law's wording as loose and officials close to the presidency said agents could be "retired" during a 90-day window the legislation allows for the creation of the AFI.

A purge is likely to raise questions over why Fernandez wants to ensure loyalists are in control of the agency when she has just 10 months left in office.

The Nisman scandal laid bare both a power struggle within the SI and a festering conflict between the government and factions within the security body.

Fernandez portrayed parts of the agency as sinister, out-of-control and accountable to no one, saying it had "not served the interests of the country."

"Let's not say there will be a purge, it's an ugly world. Let's say that some will be retired," said a second government source familiar with the matter.

Argentina's intelligence service played an important role during a "dirty war" directed by the military dictatorship of 1976-83 against Marxist rebels, labor unions and students.

Since democracy was restored, successive governments are widely believed to have continued to use the agency to snoop on opponents.

A purge would not be without risk. The intelligence service has in the past enjoyed significant power and autonomy and is widely thought to have run extensive wire tappings on politicians, journalists and judges.

But cabinet chief Anibal Fernandez has rejected suggestions there may be disenchanted agents holding sensitive information.

"That is not something to worry us," he told reporters.

Nisman was found dead on Jan. 18 of a bullet to the head, with a pistol by his side, a day before he was due to detail the evidence behind his accusations against Fernandez.

His mysterious death spawned a blizzard of conspiracy theories, with some pointing directly to the president.

Top officials have said that a former spymaster, Antonio Stiuso, who was sacked from the SI in December, was the mastermind behind Nisman's allegations. Stiuso's spy career spanned four decades and he was viewed as one of the most powerful men in the agency.

But dissent within the agency was widespread, said the first government source.

"You have to realize there was a rebellion inside the intelligence service," the source said.