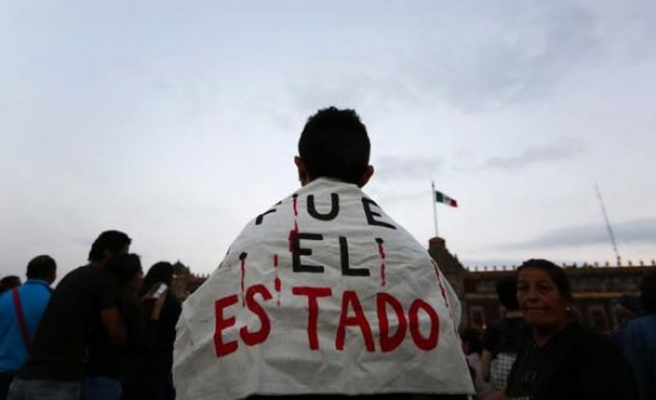 Argentine forensic experts have voiced serious doubts about a Mexican government probe into the abduction and suspected massacre last year of 43 trainee teachers, who officials have declared dead.

The students' disappearance on the night of Sept. 26 in the southwestern city of Iguala has triggered massive protests in Mexico. Officials say they were abducted by corrupt police officers, who handed them over to a local drug gang.

In a document published on the website of Mexican human rights group Tlachinollan, the Argentine Forensic Anthropology Team (EAAF), which has been working to identify remains, detailed numerous problems with the government's handling of the case as well as the conclusions it has already drawn.

Late last month, Attorney General Jesus Murillo said there was no doubt that the students were murdered and their remains incinerated and dumped into a river in the nearby town of Cocula.

So far, the remains of just one of the group has been positively identified.

The EAAF, however, said in the document that it cannot confirm the chain of custody of that student's remains and criticized the government for failing to secure the garbage dump near the river where the charred remains were found.

The document also faults the attorney general's office for faulty genetic analysis of samples from family members that would be needed to identify the remains.

It notes that human remains found at the dump include teeth fastened to a dental prosthesis. However the team's interviews with family members from all 43 students indicated that none of them had such an implant.

EAAF says the discovery strongly suggests that remains belonging to other victims are at the same site.

"Right now, the EAAF does not have scientific evidence that establishes that the human remains in the Cocula dump correspond to the students," the document said.

Phone calls and emails to EAAF seeking comment were not immediately returned.

"The investigation into the (missing students) cannot be wrapped up since a large amount of evidence has still not been processed," the documented concluded, noting that about 80 percent of the land at the dump still must be analyzed, which would take months.

A spokesman for the attorney general's office said on Sunday he had no comment on the EAAF's findings.