"The evidence gathered far from meets the minimal standard," said a statement from the judiciary branch's CIJ information service. 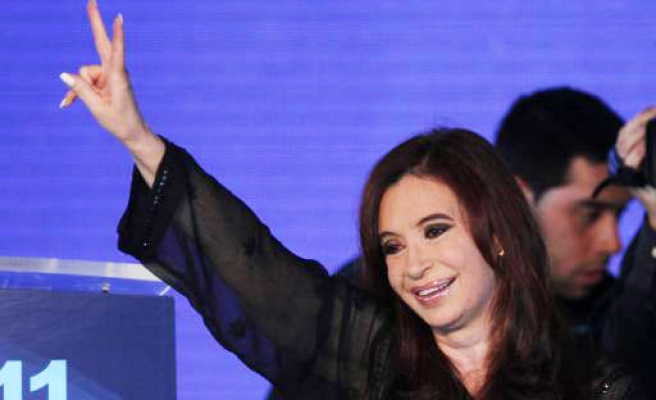 An Argentine judge dismissed the accusation made by state prosecutors that President Cristina Fernandez conspired to cover up Iran's alleged role in a deadly 1994 bombing, the country's court system said in a statement on Thursday.

The judge ruled he would "discontinue" the case which had been revived earlier this month after its initial prosecutor, Alberto Nisman, was found shot dead on Jan. 18 in mysterious circumstances that sparked political turmoil and the revamping of the country's spy agency.

"The evidence gathered far from meets the minimal standard," said a statement from the judiciary branch's CIJ information service.

Prosecutor Gerardo Pollicita renewed Nisman's investigation into whether Fernandez impeded the probe into the bombing in order to put through grains-for-oil deal with Tehran.

Fernandez called the claims "absurd". But the scandal over the original claim by Nisman, and his death four days later, raised long-festering questions about the integrity of the Argentine justice system.

Pollicita is expected to appeal the decision by Judge Daniel Rafecas to discontinue the investigation into the two-term leader, who is constitutionally barred from running for a third term in October's general election.

Iran has consistently denied involvement in the 1994 attack on the AMIA Jewish community center in Buenos Aires, which killed 85.