Artists participating in an international art exhibition in Brazil have signed a joint letter demanding its organizers reject funding from Israel, in light of its recent military conflict with Gaza. 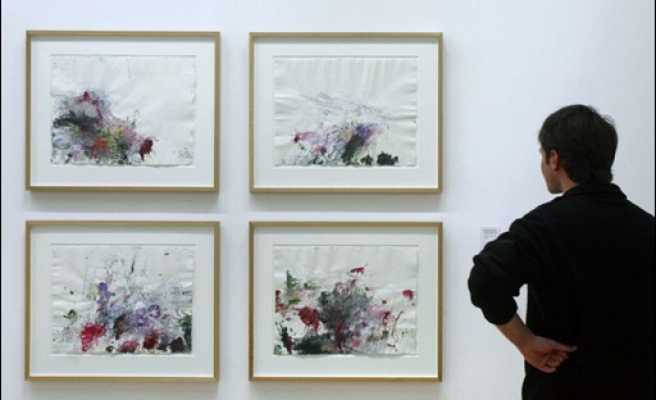 Artists taking part in an international art exhibition in Brazil have demanded its organizers hand back funding from the local Israeli consulate, in light of the country's recent military conflict in the Gaza Strip.

About 55 artists from more than 20 countries participating in the 31st São Paulo Bienal, which opens Sept. 6 in Brazil's largest city and cultural center, signed a joint letter criticizing that organizers had "accepted money from the state of Israel and that the logo of the Israeli consultate appears on the Bienal Pavilion, in its publication and on its website."

"At a time when the people in Gaza are returning to the rubble of their houses, destroyed by the Israeli army, we do not feel it is acceptable to receive Israeli cultural sponsoring," the letter, issued by participating Lebanese artist Tony Chakar, reads.

Three Palestinians and two Israelis are among the artists who signed the letter, which warns the São Paulo Bienal that it is in danger of "being used to legitimize aggressions and violations of both international law and human rights" and accuses Israel of wanting to "normalize itself through the context of a large international cultural event."

The Israeli Consul General in São Paulo, Yoel Barnea, told Brazil's O Globo newspaper he was "surprised" by the move from the artists, given four Israeli artists were also exhibiting work at the event, and signaled he would still attend.

"The Israeli consulate has always been active in cultural and artistic areas. We have been in contact with the São Paulo Bienal for months after they requested our support [for the event]," Barnea said.

The letter did not say whether the artists would boycott the event, but Chakar said the signatories had "disassociated from Israeli funds," reported to be around $40,000 of the event's total budget of $10.7 million.

Chakar said he would "hate it if [the situation] reached the points where artists had to pull out of the exhibition" but admitted it was a possibility.

The São Paulo Bienal Foundation said it met with a representative of the letter's signatories, and that it would "take the issue to the Bienal Council" to discuss ways in which international funding would be handled for future events.

However, the Bienal's curators – two of whom, Galit Eilat and Oren Sagiv, are Israeli – went further, saying they "supported the artists and understood their position."

The curators said the fact that this year's Bienal repeatedly touches on themes of conflict versus justice in Brazil and throughout the world made the situation particularly difficult, and asked the Foundation to review its current rules for sponsorship and funding "making sure artists and curators agree on any support for their work that might have an impact on its content or the way it is received."

Brazilian artist Ana Lira, who is one of the signatories, told the Anadolu Agency (AA) that a number of factors – including the fact that Israel supplies arms to Brazil and helps train its police forces – meant that Israel's financial support for the event was "inconsistent" with what the Bienal stands for.

"It's a sensitive question, but the Bienal works with groups that support the poorest in society here in Brazil, who have been the subject of violence from Brazilian police officers, who have received training from Israeli specialists," Lira told the AA.

"I understand that the Bienal should be neutral in terms of politics, and I defend this, but accepting Israeli funding could have unforeseen consequences on the event's reputation and its work in the future. It must be completely transparent."

Israel's Haaretz newspaper said the São Paulo Bienal "appears to be the only large international exhibition in the coming year to which Israel artists were invited."

First held in 1951, the São Paulo Bienal is the world's second-oldest art biennial after Venice, Italy. This theme of this year's edition is "How to (…) things that don’t exist" which the event's official website describes as "a poetic invocation of art's capacities, of its ability to reflect and act upon on life, power and belief."

Israel and Brazil are recovering from a minor spat after Israeli foreign ministry spokesperson Yigal Palmor labeled Brazil a "diplomatic dwarf" and "politically irrelevant" after it recalled its ambassador from Tel Aviv in protest of the Israeli military offensive in Gaza.

Israeli President Reuven Rivlin apologized to Brazilian counterpart Dilma Rousseff earlier this month, and Brazil has since announced the ambassador "will return," although a date has not been announced.