At least 2.3 million Venezuelans have fled crisis since 2015 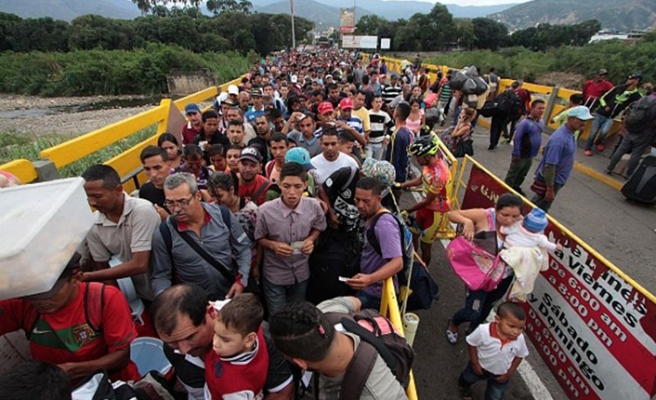 At least 2.3 million people have fled Venezuela's economic and political crisis since 2015, the UN said Thursday, warning that host countries' capacity to shelter them was now "severely strained".

"Most of these people have left since 2015," UN refugee agency spokesman William Spindler told AFP.

He said "at least 2.3 million Venezuelan refugees and migrants" had left the country since its crisis escalated three years ago, but he stressed that many people leave through "irregular" routes, and "the real figure could be higher".

That marks a jump of 400,000 people since the last tally by the UNHCR on October 1, although Spindler stressed that some of the change could reflect data adjustments.

Spindler said surveys of exiled Venezuelans indicated that the exodus was prompted by a variety of reasons linked to their country's economic collapse, including insecurity and violence as well as chronic shortages of food and medicines.

Data from national immigration authorities and other sources show that Latin American and Caribbean countries host around 2.4 million Venezuelan refugees and migrants, according to the joint statement from UNHCR and the International Organization for Migration.

"However, their reception capacity is severely strained, requiring a more robust and immediate response from the international community if this generosity and solidarity are to continue," he added.

Colombia has seen the biggest influx and is currently hosting more than one million refugees and migrants from Venezuela, the statement said.

Beyond South America, countries in Central America and the Caribbean have also recorded increased arrivals from Venezuela, with Panama for instance now hosting some 94,000 Venezuelans, the UN agencies said.

Oil income-dependent Venezuela's economic woes began in 2014 with the crash in the price of crude.

President Nicolas Maduro's government has since been slapped with a range of sanctions over its crackdown on the opposition and civil society critics.