At least 6 dead in building explosion in Argentina

A powerful blast, apparently due to a gas leak in the building, ripped through a ten-story apartment building in Argentina's third largest city Tuesday, setting it ablaze and leaving at least six dead and 58 injured. 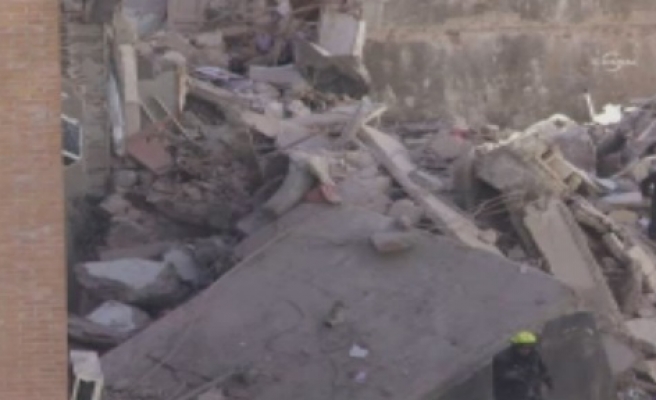 A powerful blast ripped through a ten-story apartment building in Argentina's third largest city Tuesday, setting it ablaze and leaving at least six dead and 58 injured.

The incident, apparently due to a gas leak in the building, occurred at 9:30 a.m., Rosario civil defense director Raul Reinone told reporters.

"So far there are six people dead and at least 58 others with injuries of varying degrees of severity.
There are people missing. We are trying to rescue all who may be in the rubble," provincial health minister Miguel Cappiello told television channel Todo Noticias.

Hours after the accident occurred, people were still trapped inside the building, where shouting could be heard from inside the rubble, firefighters reported.

The injured included at least one child who suffered head trauma, the minister said.

The blast wiped away the front of the edifice, leaving the insides of people's homes and gutted balconies visible from the street below.

Scenes of panic abounded as sirens wailed and people ran through the streets or gawked at the ruined structure, some of them crying.

Mayor Monica Fein said 17 ambulances were on the scene to help people burned in the fire.

People within a two-kilometer radius of the explosion, including 11 schools, were evacuated, as the gas supply to the building could not be cut off.

"The magnitude of the accident is important. Various structures are affected and various firefighting units from Rosario and nearby cities are here," said Reinone.

He said that the magnitude of the event may cause the building to collapse.

"The shock wave was tremendous," the superintendent of a building 200 meters from the site of the explosion told the TV station C5N.

Windows shattered in buildings in a radius of several hundred meters from the blast site. The area includes shops, schools and banks.

Rosario is home to 1.1 million people and is located 300 kilometers (180 miles) north of Buenos Aires. It is Argentina's main port for farm exports.