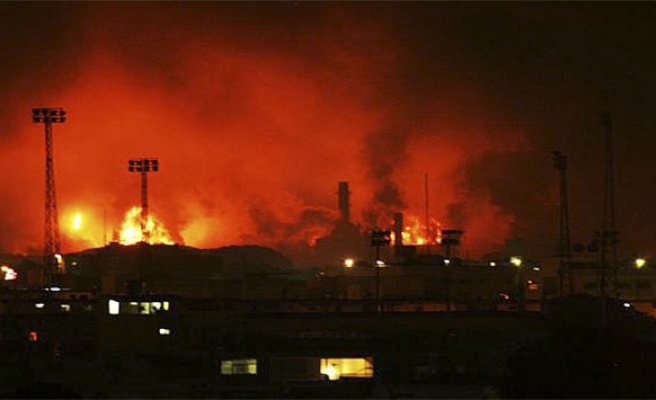 Another 48 people were injured by the blast, which originated in a gas leak and caused damage both within the facility and to nearby houses, the local governor said.

Based in the west of the South American OPEC nation, Amuay is part of the Paraguana Refining Center, one of the biggest refinery complexes in the world with an overall capacity of 955,000 bpd.

"There was a gas leak," Energy Minister Rafael Ramirez told state TV. "A cloud of gas exploded ... it was a significant explosion, there are appreciable damages to infrastructure and houses opposite the refinery."

Emergency workers were at the scene, where smoke and flames could be seen over the facility.

Local Falcon state governor Stella Lugo said the situation was, however, under control several hours after the explosion at about 1 a.m. local time.

"There's no risk of another explosion," she told state TV. "Right now, we're attending to the injured."

Amuay is operated by state-owned PDVSA which has struggled with repeated refinery problems in recent years, affecting its production figures and ability to fulfil ambitious expansion plans.

Ivan Freites, a union leader at PDVSA, said foam was being used to control the fire.