Samsung said about 50 employees were held hostage during the robbery, but declined to give further details. 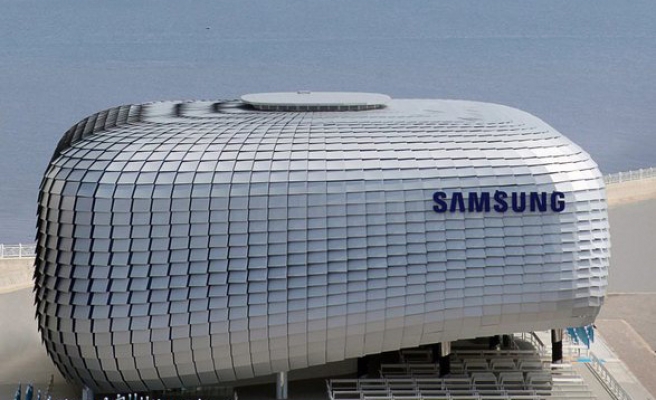 Bandits attacked a Samsung Electronics Co Ltd factory near Sao Paulo late Sunday and held workers hostage while they robbed truckloads of smartphones, tablets and notebook computers the company valued at about $6.3 million.

The dramatic heist, carried out by armed robbers who carjacked a shuttle used by factory employees, took place overnight during nearly four hours in Campinas, an industrial hub in the southeastern state of Sao Paulo.

A spokesman for the state's public security secretariat said the bandits made off with seven trucks laden with more than 40,000 Samsung products. State police are investigating the attack, he added, but said no suspects have yet been identified.

Police earlier Monday valued the loot at up to $36 million, but Samsung later said it was much lower. Samsung said about 50 employees were held hostage during the robbery, but declined to give further details.

"We have cooperated fully with the police investigation that is underway and will do our best to avoid any sort of repeat incident," said Samsung Eletronica da Amazonia Ltda., the manufacturing unit of the Korean electronics giant in Brazil, in a statement.

The police report, as related to Reuters by the spokesman for the state security secretariat, reads like the script of a daring crime movie.

After stopping the shuttle on its way to the factory, 7 armed assailants took over the vehicle while colleagues took all but two of the eight employees originally on board to a remote location, where they were set free.

Just before midnight, the assailants proceeded with the two other employees to the factory, where they disarmed security guards, gathered the rest of the plant's employees and made sure none of them could communicate with the outside.

With the coast clear, the attackers then allowed 13 other culprits, driving the getaway trucks, into the factory. The robbers, communicating with one another by radio and cell phones, then proceeded to load the vehicles with the loot.

Using stills allegedly taken from the factory security cameras, local news media showed images of the alleged thieves, dressed in black and wearing dark headgear, roaming about the factory and pushing crates of goods toward the trucks with pallet loaders.