Brazilian president demanded that Canada explain a media report that said it spied on Brazil's Mines and Energy Ministry. 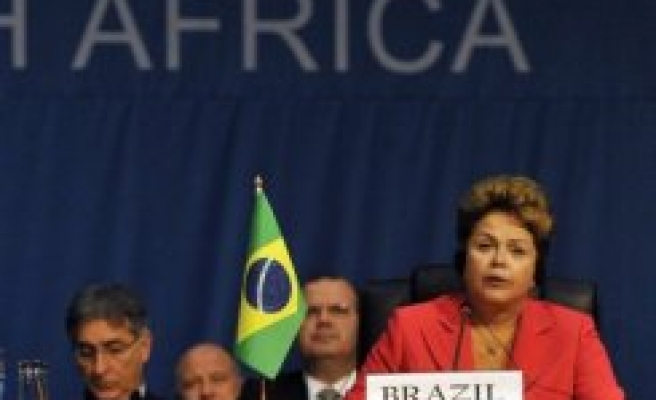 Brazilian President Dilma Rousseff demanded on Monday that Canada explain a media report that said it spied on Brazil's Mines and Energy Ministry, and she called on theUnited States and its allies to stop spying over the Internet.

"That is unacceptable between nations that are supposed to be partners," Rousseff said via Twitter. "We repudiate this cyber warfare."

Rousseff, who canceled a planned state visit to the United States this month because of previous reports that the NSA had spied on her telephone calls and emails, noted that Sunday's report pointed toCanada's interests in Brazilian mining, where many Canadian companies are active.

By targeting the mines ministry, Rousseff said, Canadian spying is nothing less than industrial espionage. She has rejected U.S. explanations that NSA spying is aimed solely at identifying terrorist threats and is not motivated by commercial interests.

"The United States and its allies must immediately stop their spying activity once and for all," Rousseff tweeted.

Brazil's Foreign Ministry summoned Canada's ambassador to demand an explanation for what it called a "serious and unacceptable violation" of Brazilian sovereignty and the right to privacy of its citizens and companies, a ministry statement said.

The report broadcast on Sunday by TV Globo, which gave no evidence that any strategic data had been intercepted, follows earlier disclosures by the network that the NSA snooped on Rousseff herself. TV Globo also reported that the NSA hacked into the computers of Brazil's state-run oil company Petrobras.

Angered by the reports of U.S. espionage, Rousseff canceled the visit to Washington and, later, at an address before the U.N. General Assembly, denounced it as a violation of human rights and international law.

The report provided no details of the alleged spying other than a slide presented at an intelligence conference a year ago that mentioned Brazil's mines and energy ministry.

Globo said all the data on Brazil's mineral reserves are public and available on the Internet.

"Everything indicates that NSA data is accessed by the five governments, and by thousands of (Internet) service provider companies," Rousseff said via Twitter.

Brazil is investigating whether global Internet companies such as Facebook and Google collaborated with the NSA by allowing access to private data on Brazilian users.

The CSE, Canada's equivalent to the NSA, said it would not comment on its foreign intelligence-gathering activities.

The Globo report was co-authored by Glenn Greenwald, an American journalist based in Brazil who first published documents leaked by Snowden.