The truth commission detailed how private companies, including many foreign automakers, helped the military put together "black lists" of union activists. 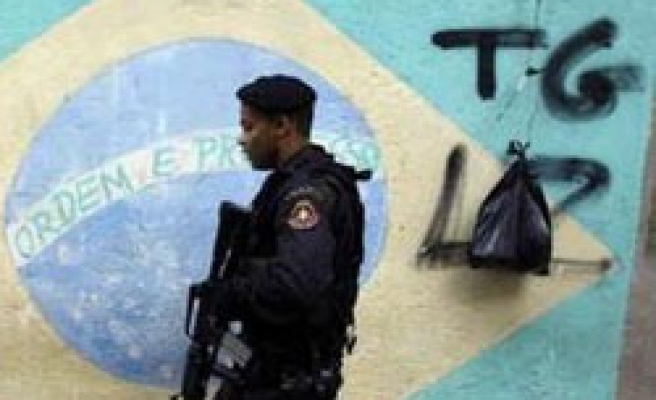 A "truth commission" investigating abuses during Brazil's 1964-85 dictatorship called for the prosecution of former military officers and some private companies for their role in human rights atrocities, in a long-awaited report on Wednesday.

The probe's leaders presented their 2,000-page report to an emotional President Dilma Rousseff, herself a former Marxist militant who was jailed and tortured by the regime in the 1970s.

They identified 377 people, including some generals, as responsible for what they described as crimes against humanity, including the systematic use of torture, rape, forced disappearances and murder of the military's opponents.

About 200 of the alleged perpetrators are still alive.

Unlike some other Cold War-era dictatorships in South America, Brazil's military officers never faced trial, in part because they negotiated an amnesty law several years before leaving power that protected them from most future prosecution.

But leaders of the truth commission said the 1979 amnesty law should not apply to crimes against humanity.

Their detailed accounting of abuses did not initially appear to contain any unexpected bombshells, in part because much of the report's content was released beforehand.

Instead, the greatest impact may lie in its recommendations - primarily, that the amnesty law be changed, ignored or otherwise put aside so that trials can go forward.

Rousseff did not comment on that possibility in her speech, but aides have told Reuters that she won't support any efforts in Congress to change the law, believing Brazil's hard-won democratic stability is more important than her personal past.

"The new generations deserved to know the truth," Rousseff said on Wednesday. "But the truth shouldn't be confused with seeking revenge. It shouldn't be a motive for hate or settling scores."

The report included a new estimate of people killed or disappeared, up to 434 from 362 previously.

Brazil's military is no longer a threat to democracy but it retains influence among some legislators in Congress, so the prospect of former officers facing trial is uncertain.

The truth commission also detailed how private companies, including many foreign automakers, helped the military put together "black lists" of union activists. Many of the activists were harassed by police or unable to find jobs for a long period, Reuters reported earlier this year.

The report said that Germany's Volkswagen AG had been a particularly active provider of information to the military, providing detailed accounts of union meetings, as Reuters has also reported.

In an e-mailed statement, Volkswagen repeated a previous vow to investigate "any eventual participation of company officials in providing information to the military regime."

The commission also said state-run oil company Petrobras , which is currently at the center of a corruption scandal shaking Rousseff's government, was an "iconic" case of a company that suppressed labor unrest with military assistance.

Petrobras did not immediately respond to a request for comment.

Some legal experts have expressed doubts that the evidence is strong enough, or the alleged abuses involved serious enough, to sustain a court case against any companies.

"It points the way to the next crucial step that Brazil needs to take: making sure that those who committed atrocities are finally brought to justice," said Maria Laura Canineu, Brazil director at Human Rights Watch.