Companies found guilty of bribery will face fines of up to 20 percent of their gross annual revenue for the previous year or a maximum of 60 million reais ($26.22 million). 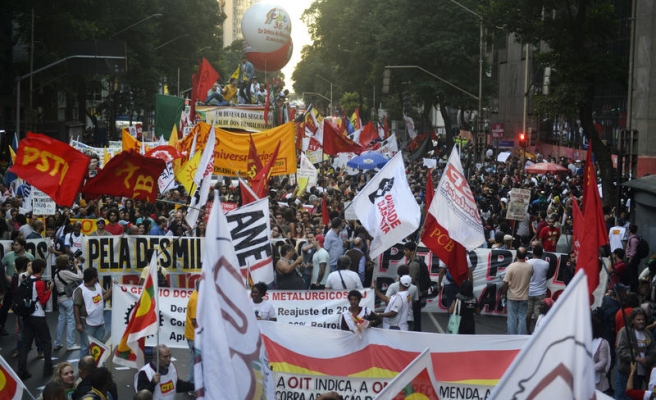 Bribing a public official in Brazil could become a very onerous mistake for local and foreign businesses under a law enacted on Friday that for the first time makes companies liable for bribes paid by their employees.

Companies found guilty of bribery will face fines of up to 20 percent of their gross annual revenue for the previous year or a maximum of 60 million reais ($26.22 million). They could also be suspended from operating, have assets confiscated and even face possible dissolution.

Brazil's Congress passed the law in record time in the wake of sweeping protests that shook the country's political establishment in June, fueled by widespread public anger with corruption and bad government.

The legislation was required by the Organization for Economic Cooperation and Development, an association of mainly rich nations. While not a member, Brazil is a party to the OECD's Anti-bribery Convention and was asked in a peer review in 2007 to speed up steps to make companies directly liable for bribing foreign officials.

Until now, only individuals convicted of bribery in Brazil could be punished with prison, while companies were not liable for bribes paid by their employees.

"This is a very positive development because it fills a gap in our legislation and complies with our international agreements," said attorney Carlos Ayres, co-chair of the anti-corruption and compliance committee of the Brazilian Institute of Business Law.

Ayres said Brazil's federal authorities are determined to apply the law, but it remains to be seen how much enforcement there will be at state and municipal levels of government.

According to corruption watchdog Transparency International, Brazil inadequately tackles bribery in international business, with only one case and two investigations pursued by officials in the 12 years since it ratified the OECD convention.

Brazilian convictions for bribery have increased 30 percent since 2008, and federal police conducted 289 operations last year, with 1,600 arrests, including 100 public officials.

The new law provides for the blacklisting of companies convicted of bribery, banning them from receiving public lending and government subsidies and withholding government contracts for up to five years.

The law includes provisions to encourage self-disclosure of bribery cases, a practice quite foreign to Brazilian businesses.

Brazilian companies should implement compliance programs to detect and prevent bribery by their employees and third parties acting on their behalf in public tenders, Ayres said.

The law was published on Friday in Brazil's official gazette and takes effect in 180 days.
($1 = 2.2884 Brazilian reais)