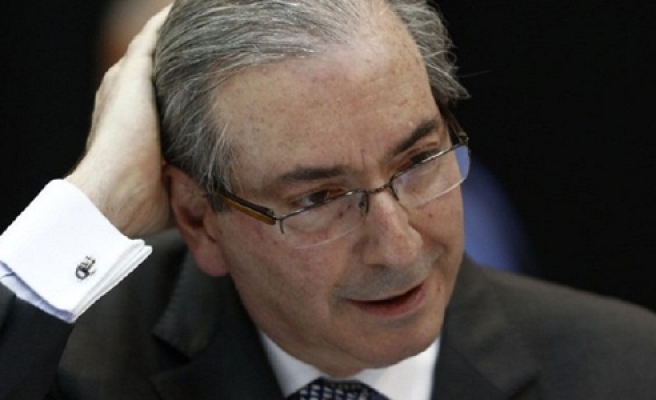 Swiss authorities have blocked bank accounts of the speaker of Brazil's lower house of Congress as part of a money-laundering and corruption investigation, Brazilian prosecutors announced late Wednesday.

The Brazilians said their Swiss counterparts had turned over evidence gathered in Switzerland against Eduardo Cunha.

Cunha, one of Brazil's most powerful politicians, was charged in August with taking at least $5 million in bribes stemming from a massive graft and kickback scandal at state oil giant Petrobras.

"The information of Switzerland's public prosecutor tells of bank accounts in Cunha's and his relatives' names," the statement from the Brazilian Public Prosecutor's Office said.

"The investigation there was begun in April of this year and assets were blocked," it said.

In turning over the results of their investigation, the Swiss were leaving any criminal prosecution to their Brazilian counterparts, in part because Cunha cannot be extradited.

Petrobras is estimated to have lost $2 billion over a 10-year period from inflated contracts to companies that then allegedly used the gains to pay off politicians and bribe Petrobras directors.

Cunha was accused of receiving payoffs relating to contracts to build two drilling vessels for Petrobras.

The speaker, who has refused to resign, has meanwhile become a force behind calls for the impeachment of embattled President Dilma Rousseff.