The privilege has been part of the constitution since 1988. 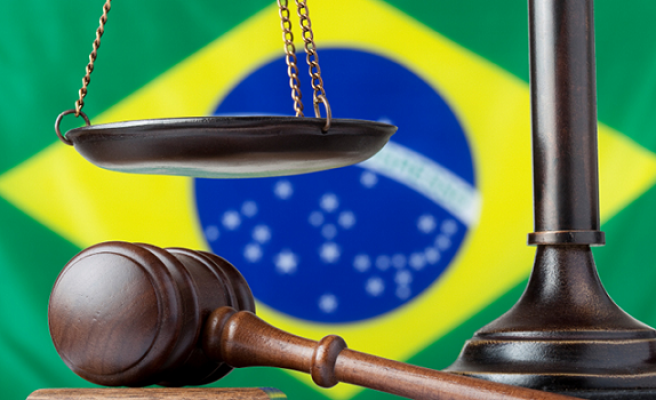 Brazil's Supreme Court on Thursday voted to restrict a controversial law allowing politicians accused of crimes to have their cases heard in the Supreme Court, dramatically slowing the wheels of justice.

The intention was to prevent politicization of potentially sensitive cases in lower courts.

But the result has been to clog up the top end of the system, especially the Supreme Court, which simply cannot handle the number of cases coming its way -- effectively letting many officials off the hook.

In its 11-0 vote, which ended Thursday, the court ruled that members of Congress -- 594 deputies and senators -- will now have this right restricted. The rules for other categories of public officials were left unchanged.

Before, any legislator accused of any crime at any time could bring the case before the top court, rather than have to go through lower courts first, like all other Brazilians.

Currently, about half of the members of Brazil's Congress face charges, ranging from embezzlement of millions of dollars to cock fighting.

In Thursday's ruling the majority of justices voted to change the rule so that the court will only hear cases involving alleged crimes committed by Congress members during the accused's term in office and connected to the post.

That will severely restrict the flow.

Justice Luis Roberto Barroso said in his vote that the Supreme Court is handling more than 500 cases, including more than 130 linked to the sprawling Car Wash corruption probe, which has uncovered systemic graft in Congress and a series of governments.

A study by the Fundacao Getulio Vargas university found that only 5.44 percent of alleged crimes handled by the Supreme Court between 2007-2016 met the new standards of having been committed while in office and being linked to the job.

Among prominent politicians in the crosshairs of Car Wash prosecutors is President Michel Temer, whose case can only be handled by the Supreme Court.

But former president Luiz Inacio Lula da Silva, who was jailed in April to start a 12-year sentence for corruption, has had to go through the far quicker-acting lower courts, since he is no longer in office and lost the privilege.