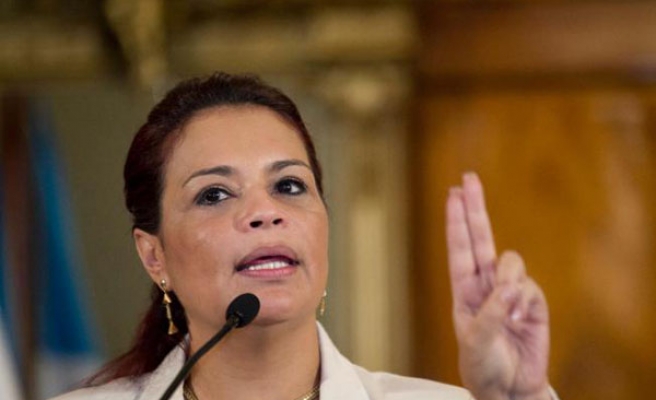 Guatemala’s public prosecutor’s office has urged the country’s apex court to begin impeachment proceedings against the sitting president over his alleged involvement in a corruption scandal.

The Office of the Public Prosecutor and the UN-backed International Commission against Impunity in Guatemala (CICIG) also made calls to strip the president of his immunity from prosecution.

“The request was filed [for proceedings] against the president of the Republic [in the Supreme Court] on the grounds of his participation in the illicit activities of the criminal organization known as La Linea”, Attorney-General Thelma Aldana Hernandez said on Friday at a press conference.

The announcement comes four months after prosecutors’ initial crackdown in April on the La Linea criminal network operating within and outside of the National Tax Office. High-level government officials, lawyers, and others were arrested for their alleged participation in defrauding the state of an estimated $120 million in customs revenue.

Then Vice President Roxana Baldetti’s private secretary Juan Carlos Monzon was a suspected ringleader of the corruption ring and remains a fugitive. Baldetti resigned on May 8 amid massive public demonstrations demanding her resignation and prosecution.

Baldetti was placed under arrest Friday morning at a private medical facility in Guatemala City. She now faces charges of illicit association, passive bribery, and customs fraud along with 28 other people.

“To date we have determined that Juan Carlos Monzon and also the president of the Republic and Roxana Baldetti are at the top level in the organizational hierarchy”, the UN-backed committee CICIG’s Commissioner, Ivan Velasquez, said at the Friday press conference.

The evidence implicating Perez Molina and Baldetti in the corruption scandal comes from a combination of wiretap sessions and bank checks, receipts and other documents confiscated in subsequent search and seizure operations, according to Velasquez and Aldana Hernández.

“We have found close financial ties between the president of the Republic and the structure of La Linea”, Velasquez said.

In response to the charges, the country’s business sector association, CACIF, also called for Molina’s immediate resignation. The president’s term is set to end on January 14, 2016, following general elections scheduled next month, on September 6.

The news also prompted renewed calls for street protests on Saturday. Guatemalans have been taking to the streets around the country demanding Perez Molina’s resignation, justice and systemic change on a weekly basis since April.