A suspected car bomb exploded in the north of Colombia's capital Bogota outside a main radio station. 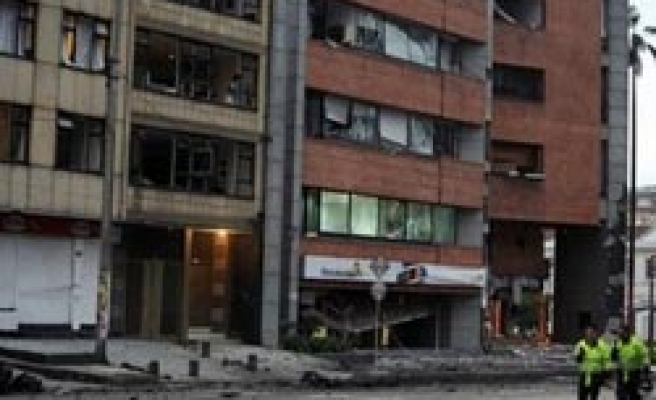 A suspected car bomb exploded on Thursday in the north of Colombia's capital Bogota outside a main radio station, slightly injuring six people and blowing out windows in a rare urban attack.

Television images showed a damaged bus abandoned on a main avenue and panicked residents in the streets, but police said there were no deaths in the first major bombing since President Juan Manuel Santos took office at the weekend.

"This is a terrorist attack," Santos told reporters at the site of the blast.

The main anchorman of Caracol, one of the country's major radio stations, has received threats from armed groups before and has in the past left Colombia for his safety.

Windows as high as 30 stories were blasted out in buildings along Bogota's main 7th Avenue and glass was still falling onto the streets after the attack.

"I woke up and my floor and bed were covered in glass," said Mauricio Marentes, 28, a geologist who lives on the fourth floor of a building overlooking the blast site.

Santos pledged to continue Uribe's security campaign and his pro-investment policies that have helped the Andean country overcome the dark days of its conflict when bombings and massacres made daily newspaper headlines.