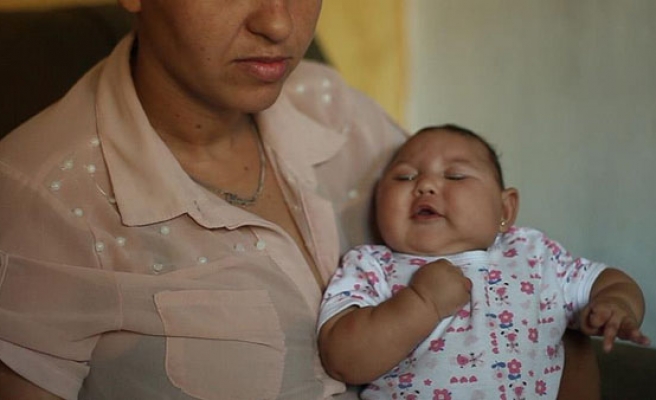 The meeting will inform the implementation of new preventative measures, he said.

Governments in Central America are enacting new measures to address the growing Zika epidemic in the region.

The mosquito-borne virus is now present in more than 20 countries and territories in Latin America and the Caribbean.

The suspected causal link between Zika and birth defects and neurological syndromes has raised global alarm.

El Salvador has registered more than 6,000 cases of Zika since confirming its first cases two months ago. Health officials in the small nation of 6.5 million residents have advised women to avoid pregnancy for the next two years due to the outbreak.

In neighboring Honduras, the government will begin a nationwide fumigation campaign Monday to combat the propagation of the Aedes mosquito, which transmits Zika as well as dengue fever and chikungunya.

More than 1,000 cases of Zika have been registered in the country.

During his nationwide broadcast, Hernández mentioned the impact of man-made climate change on insect-borne diseases.

“We're on alert, and once again, our country has to deal with a problem that affects the entire planet and threatens the future and tranquility of our people”, Hernández said.

Nicaragua has also responded to the growing Zika epidemic in the region with an aggressive campaign to eradicate the Aedes mosquito.

The number of confirmed cases of the virus in Nicaragua increased to seven, health officials said. Nicaraguan officials and tens of thousands of volunteers participated Saturday in clean-up, door-to-door education, water storage treatment and fumigation activities.

More than 500,000 homes and upwards of 2,000 schools were fumigated, health minister Sonia Castro said during a press conference.

Officials in Guatemala confirmed more than 100 cases of the virus in the country.

The Ministry of Health of Costa Rica issued new directives Friday to schools and health professionals for the prevention of Zika. The country's two confirmed cases of the virus involved patients who had contracted the virus in Colombia and Honduras.

Panamanian health officials have registered 42 cases of Zika, all located in Guna Yala, a semi-autonomous indigenous zone along the country's Caribbean coast.

Although there are no confirmed cases in Belize, health services director Marvin Manzanero told local media in January that Zika may already be in the country, given that patients experience no symptoms or mild symptoms in the majority of cases.