Chavez rejects US ambassador-designate to Venezuela

US ambassador-designate recently accosed Venezuelan military of being what he said "considerably low" in morale and professionalism. 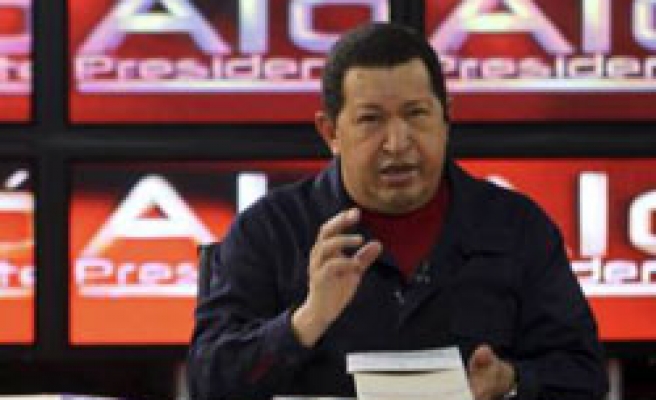 President Hugo Chavez on Sunday rejected Larry Palmer as the US ambassador-designate to Venezuela, and urged US President Barack Obama to look for another candidate.

"How can you think I'd accept this gentleman coming here? You'd best withdraw him, Obama. Don't insist, I'm asking you," said Chavez in his weekly "Alo Presidente" radio and television show.

Palmer recently accosed Venezuelan military of being what he said "considerably low" in morale and professionalism.

In written replies to questions from Republican Senator Richard Lugar of Indiana, Palmer said he was "keenly aware of the clear ties" between members of the Chavez government and Colombian rebels.

"The Venezuelan government has been unwilling to prevent Colombian guerrillas from entering and establishing camps in Venezuelan territory," Palmer said.

He also said it was "particularly concerning" that General Henry Rangel Silva had recently been promoted to operational chief of Venezuela's armed forces.

Palmer also said the professionalism of Venezuela's armed forces had declined because of the retirement of many officers, and due to a move by Chavez that allows non-commissioned officers transition directly to the commissioned corps.

Venezuela's foreign ministry on Thursday protested Palmer's statements as "interference and interventionism" and asked the United States for an explanation before he was confirmed in his post.

Palmer "can't come here as ambassador," said Chavez. "He disqualified himself by breaking all the rules of diplomacy. He messed with all of us. He can't come here."

"The best thing the United States government can do is to look for another candidate," for ambassador to Venezuela, he added.

The US government has said it shares Palmer's concerns about Venezuela, but denied it was interfering in Venezuela's internal affairs.

Chavez on July 22 broke off diplomatic relations with Colombia and reinforced its military presence at the border.

Since the inauguration of Colombian President Juan Manuel Santos on Saturday, however, both countries have made overtures and Santos, Chavez will meet for talks in Colombia on Tuesday to try to end a diplomatic dispute, Colombian Foreign Minister Maria Angela Holguin said on Sunday.