Chavez says to cut US oil if Colombia attacks

Venezuelan President Chavez said to cut oil supplies to U.S. in case of a military attack from Colombia. 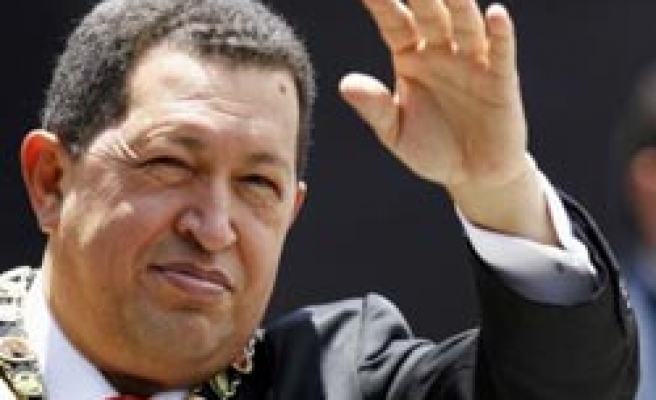 Venezuelan President Hugo Chavez said on Sunday to cut oil supplies to the United States in case of a military attack from Colombia as a dispute escalated over charges his country allegedly harbors Colombian rebels.

Chavez broke off diplomatic relations with Colombia last week over the claims by the outgoing government of President Alvaro Uribe, a close U.S. ally.

"If there was any armed aggression against Venezuela from Colombian territory or from anywhere else, promoted by the Yankee empire, we would suspend oil shipments to the United States, even if we have to eat stones here," he said.

"We would not send a drop more to U.S. refineries," he said to a roar of approval from thousands of supporters at a rally for his Socialist party.

Chavez is also angry with Bogota over a deal to allow U.S. troops access to a series of military bases.

Venezuela, a member of OPEC, gets more than 90 percent of its export income from oil sales, mostly to the United States.

On Thursday, Colombia's envoy to the Organization of American States (OAS) revealed coordinates, photos and videos of FARC camps allegedly in Venezuela -- apparently choosing diplomacy to avoid sparking a war in the region.

But Chavez said he feared an attack from Colombia was imminent and canceled a trip to Havana for a celebration of Cuba's Communist revolution, saying the threat against Venezuela meant it was not wise for him to travel.

"We reject, have rejected and will always reject the possibility that a foreign guerrilla force or paramilitary force or foreign military installs itself in the tiniest square millimeter of our sovereign territory," Chavez said.