In the tense run-up to an October 7 presidential election, the socialist leader has frequently mentioned the possibility of violence by opponents with U.S. backing. 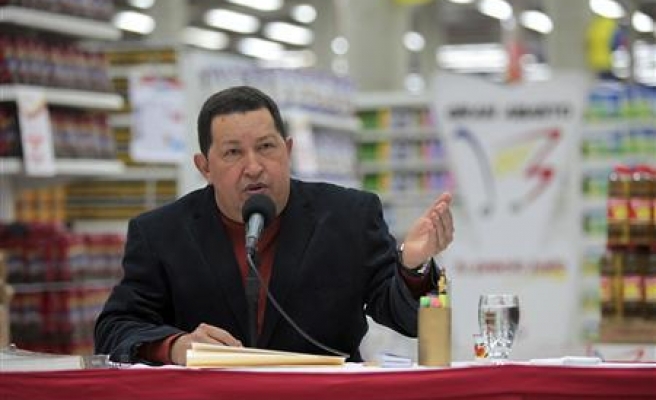 Venezuelan security forces have arrested an American citizen who entered the nation illegally with geographical coordinates in a notebook, President Hugo Chavez said on Thursday.

At a campaign rally in the coastal town of Catia La Mar, Chavez said the man, of Latin American origin, was arrested four or five days ago crossing into Venezuela from Colombia.

"He has the look of a mercenary. We are interrogating him," Chavez said, adding that the man had stamps in his passport from visits to Iraq, Afghanistan and Libya.

When he was detained, the man tried to destroy a notebook full of coordinates, Chavez said in the middle of a speech carried live on state TV, implying a plot was afoot.

"We have reconstructed the pages," he said. "He says he was fleeing from someone ... It's a powerful sign. This citizen wanted to enter the country illegally, for who knows what reason. He cannot say where he was going, or who was waiting for him."

He gave no more details of the case and U.S. Embassy officials could not immediately be reached for comment.