Chile completed nuilding of a 40-ton drilling machine called Strata 950 to bore through 700 meters of rock and free workers trapped in a collapsed copper mine. 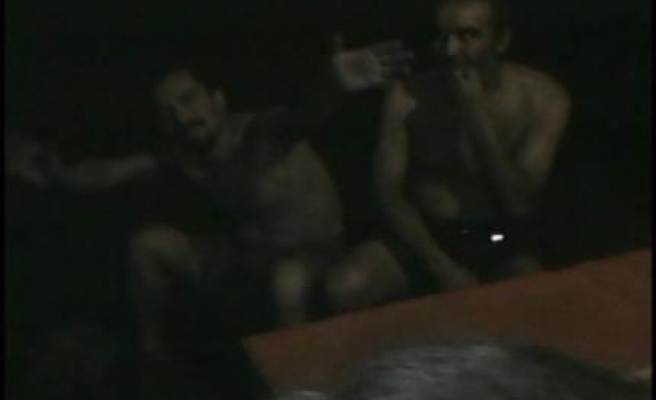 Chile completed nuilding of a 40-ton drilling machine called Strata 950 to bore through 700 meters (2,300 feet) of rock and free workers trapped in a collapsed copper mine.

But even drilling round the clock, the rescue will probably take months.

The government has asked NASA and Chile's submarine fleet for tips on survival in extreme, confined conditions, and are looking to send them space mission-like rations.

The government estimates the tunnel at the San Jose mine will take three months to complete, making it the longest-ever mine rescue, according to the Uniontown, Pennsylvania-based U.S. Mine Rescue Association.

The machine, leased from Terra Service, can drill a hole as wide as five meters and as deep as 1,300 meters, Codelco said.

Manalich said a psychiatrist would attempt to treat the men over an intercom system dropped down to hot and cramped shelter, that the miners have described as "hell".

Officials are looking for ways to help ease psychological pressure and plan to set up special lighting in the tunnel to mimic night and day, with dull red lights to help the miners sleep. They are also going to send down games like cards.

Chile is the world's biggest copper exporter, and public pressure has been building to make foreign miners who profit from the country's resources contribute more to rebuilding damage from the earthquake.

Well, for starters you have a typo in depression (deppresion). Also I would like to send my prayers out to all the men trapped here.