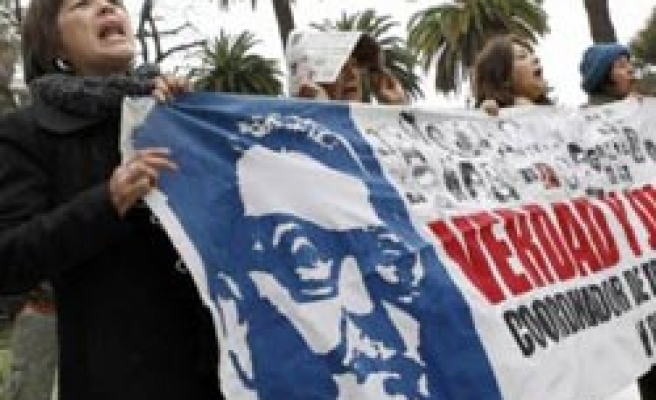 Chilean President Sebastian Pinera on Sunday denied a pardon to people jailed for dictatorship-era crimes, a move likely to ease tensions with the opposition and rights groups over a controversial call for clemency.

Chile's Catholic Church had asked Pinera to free or lower jail sentences of military officers convicted for human rights violations as well as other criminals in a call for clemency to mark the country's upcoming bicentennial celebrations.

"Excluded from these (pardon) benefits are those convicted for serious crimes like crimes against humanity," Pinera told reporters. "We need to promote a culture of unrestricted respect to human rights."

Pinera, whose brother was a government minister under Pinochet, said he will still offer pardons to some convicted criminals who are old or sick "as long as these benefits don't hurt the soul of our country."

Rights advocates said Pinera's decision was positive, however, relatives of leftist dissidents kidnapped and jailed during the dictatorship said they will remain alert for any future pardons.

"We hope that what he (Pinera) announced today is aimed at all those linked to human right abuses under the dictatorship," said Lorena Pizarro, head of a group of relatives of the disappeared. "We demand to meet with the government to have absolute clarity about the matter."

Chile's past government said 3,195 people were killed or "disappeared" during Pinochet's rule and around 28,000 people, including former President Michelle Bachelet, were tortured.

For years human rights advocates have called for tougher penalties on former military officers involved in torture and murder during the military rule.

Pinochet, a controversial figure who is either cheered or hated by Chileans, died in 2006 without ever being convicted on charges of human right abuses.