A church in the northern Mexican city of Juarez collapsed on Sunday. The boy died on his way to the hospital. 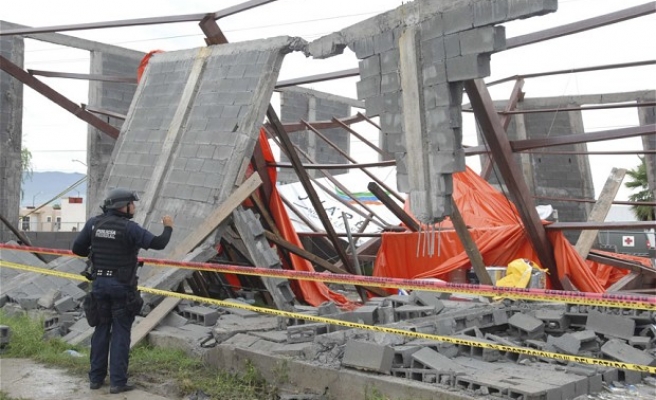 A church under construction in the northern Mexican city of Juarez collapsed on Sunday, killing a 10-year-old boy and injuring at least 28 people, a senior Juarez official said.

The semi-erected Santa Clara Catholic Church was little more than walls covered by an improvised tarpaulin roof that buckled on Sunday morning after a buildup of torrential rain, dragging the walls down onto the congregation of around 200 people, said Jesus Fernandez, the secretary of Juarez council.

A 10-year-old boy died on his way to the hospital, while 28 others also had been hospitalized, Fernandez said.

"It's a tragedy, an accident caused by the large amounts of rain," he said.

Large swaths of Mexico have been battered by intense rainfall in recent weeks, causing mass flooding, and destroying roads and bridges. The government expects the flooding to knock about 0.1 percentage point from growth this year.