The opposition condemned such adulation as a dangerous personality cult and the Church expressed its disapproval. 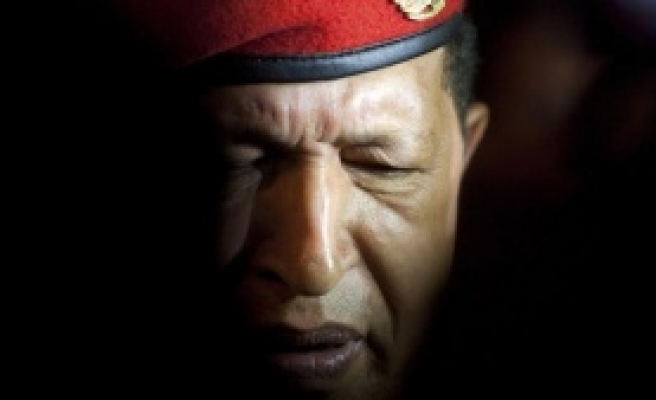 Venezuela's Roman Catholic Church has admonished the ruling Socialist Party for re-writing the Christian "Lord's Prayer" into an ode to its beloved late leader Hugo Chavez.

"The Lord's Prayer, the typical prayer for Christians around the world, comes from the very lips of our Lord Jesus Christ... and is therefore untouchable," the local Catholic Church said in a statement.

A party member introduced the prayer on the podium of the party congress on Monday, imploring Chavez for protection from the evils of capitalism.

"Our Chavez who art in heaven, the earth, the sea and in us delegates," red-shirted delegate Maria Estrella Uribe read in front of a vast image of the former president.

"Lead us not into the temptation of capitalism, deliver us from the evil of the oligarchy, like the crime of contraband, because ours is the homeland, the peace and life - forever and ever. Amen. Viva Chavez!" she exclaimed to applause.

The prayer symbolizes the spiritual connection 'Chavistas' feel with the larger-than-life former soldier who governed Venezuela for 14 years before dying of cancer in March 2013.

The opposition condemned such adulation as a dangerous personality cult and the Church expressed its disapproval.

"Just as no one would be allowed to change the words of the national anthem to honor a person, so too is it illicit to change the 'Lord's Prayer'," the church communique went on to say late on Wednesday. "He who recites this new and wrongful version of the Lord's Prayer is committing the sin of idolatry."

Venezuela is a mainly Roman Catholic country, although many fuse their Christian beliefs with other forms of spirituality including the practice of Afro-Caribbean "Santeria".

Chavez himself embodied this mixture, invoking everyone from Jesus to Karl Marx in his speeches. Current President Nicolas Maduro calls himself Catholic but also draws inspiration from late Indian spiritual guru Sai Baba.