The vehicles will be used against illegal armed groups and to protect oil pipelines and other infrastructure in northern La Guajira province. 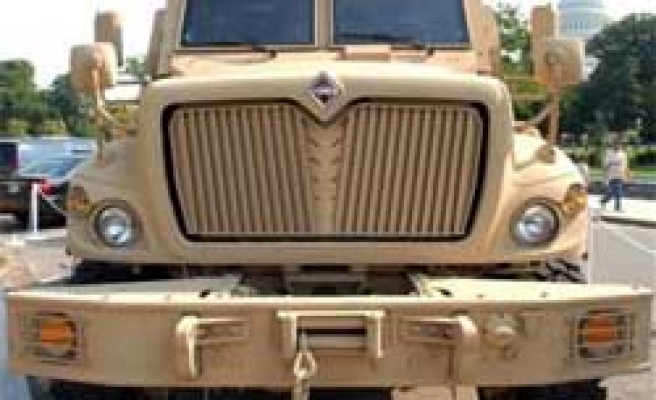 Colombia has incorporated 32 Canadian-built bulletproof combat vehicles into a new tactical unit stationed close to the border with Venezuela, the Defense Ministry said on Thursday.

The government paid $84 million for the 8x8 military vehicles, part of its bid to modernize its armed forces. It is the first purchase of such hardware in 30 years, the statement said, without identifying the manufacturer.

The tank-like vehicles can transport as many as 11 heavily equipped soldiers and have a remote-controlled weapons system and anti-mine technology. The vehicles will be used against illegal armed groups and to protect oil pipelines and other infrastructure in northern La Guajira province.

"The Colombian armed forces are today stronger, more capable, more modern and able to face the challenges of the present and those of the future," Defense Minister Juan Carlos Pinzon said.

Colombia has fought a five-decade war with leftist rebels and right-wing paramilitaries that has killed more than 200,000 and displaced millions. Peace talks are currently underway with the Revolutionary Armed Forces of Colombia and the government may soon announce similar negotiations with the National Liberation Army.