12 lawmakers from the Conservative Party will vote in line with Zuluaga, a former finance minister, the remaining 47 said they will back Santos, who is seeking reelection 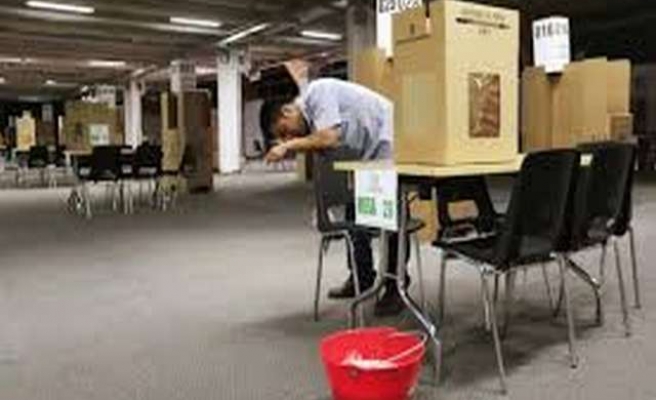 Marta Lucia Ramirez, who came third in Colombia's presidential election on Sunday, threw her support behind right-wing contender Oscar Ivan Zuluaga for June's run-off, even while most lawmakers from her party will back incumbent Juan Manuel Santos.

Ramirez, who is broadly aligned with Zuluaga and his skepticism of peace talks with Marxist FARC rebels, garnered 15.5 percent of the vote. Zuluaga won 29.3 percent and Santos came in second with 25.7 percent.

Even though Ramirez and 11 lawmakers from the Conservative Party will vote in line with Zuluaga, a former finance minister, the remaining 47 said they will back Santos, who is seeking reelection.

Santos, an ex-defense minister, started peace talks with the Revolutionary Armed Forces of Colombia, or FARC, in an effort to end a 50-year-old war.

The election has become a referendum on the talks. Zuluaga has said he would institute tough new negotiating conditions and terminate the talks if the FARC failed to meet new requirements, which the rebel group has already said it would reject, essentially guaranteeing an end to talks.

Though Ramirez said the party's base was behind her, lawmakers have historically had huge influence over voting tendencies in their districts.

"I'm hugely grateful for this backing, which will be definitive. We will triumph on June 15," Santos said after meeting with the Conservative lawmakers.

The candidate for the Green Alliance, Enrique Penalosa who won 8.3 percent of the vote, said late on Wednesday that he would not declare support for a candidate and would let his supporters decide for themselves who to back.

The Democratic Pole's Clara Lopez, who came in just behind Ramirez with 15.2 percent, has yet to officially say who she will back but has emphasized her support for the peace talks.