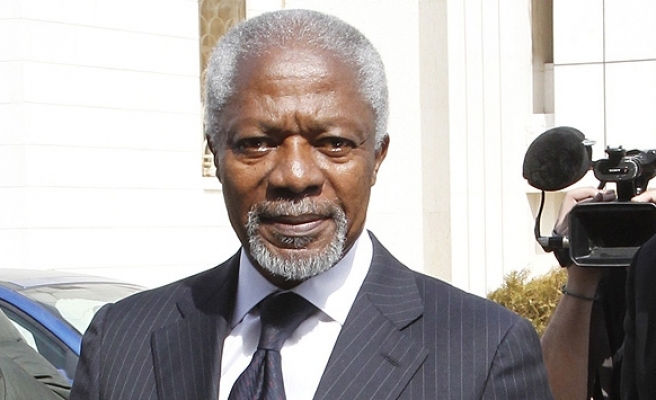 Those responsible for crimes committed during Colombia's 50-year war must be held accountable as part of a peace deal between the government and Marxist rebels, ex-United Nations Secretary General Kofi Annan said on Wednesday.

Annan, who led the international organization for nine years, visited Colombia to meet with President Juan Manuel Santos, judicial authorities and the head of the opposition, former President Alvaro Uribe. He has no official role in Colombia's peace process but is hoping to promote progress.

The ex-secretary general will now head to Cuba, where he will meet with negotiators from the government and the Revolutionary Armed Forces of Colombia (FARC) rebels at the talks, a bid to end the five-decade conflict which has killed 220,000 people and displaced millions.

"All those who committed crimes should be held accountable," Annan said at a press conference. "However, justice should be adapted to Colombia's context at the same time that it respects international laws."

Whether the rebels will serve jail time is a thorny issue at the two-year-old negotiations. The guerrillas have said they will not accept prison sentences for what they say is a political struggle against state aggression.

But opposition figures including Uribe say that the FARC must pay for human rights violations committed during the conflict.

Santos has said the country needs to find a middle ground which allows those who committed massacres, rapes, forced displacements and disappearances to confess, ask for forgiveness and provide reparations to victims.

"We are conscious that no one measure is appropriate for everyone," said Annan.

"Ending such a long war isn't easy. Passions and tensions will not disappear immediately and dialogue is important to control tensions and avoid differences."

Negotiators have so far reached partial agreements on land reform, political participation for ex-rebels and an end to the illegal drugs trade. Discussions on victim reparations and demobilization are ongoing.