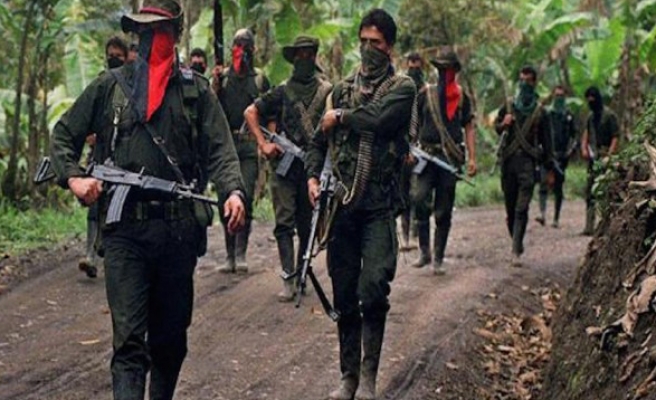 A bilateral cease-fire between the government and ELN guerrillas took effect Sunday that halts military offensives by the country’s armed forces against the rebel group.

"With the decree I have just signed, I ordered the defense minister and the armed forces to cease fire with the ELN from zero hours on Sunday, Oct. 1," Santos said in a televised statement.

The ELN that was founded July 4, 1964, must stop kidnapping, deploying mines, recruiting children and cease any offensive action against public forces, according to Santos.

Meanwhile, ELN commander Nicolás Rodríguez Bautista, also known as “Gabino”, has ordered a halt to guerrilla operations against the army and police.

Gabino commanded his troops across the country to end any offensive activities to meet the full expectations of the bilateral cease-fire.

It is the first time the insurgent group has committed to a truce since it took up arms in the early 1960s.

Despite the pause in hostilities, "military and police forces will continue fulfilling their constitutional duties throughout the national territory. It’s their duty to keep defending the citizens in their life, honor and goods, and will act against all type of crimes, whatever its author or its cause might be,” Santos said.

To ensure an effective cease-fire, a monitoring and verification program was stablished with the cooperation of the government, police, ELN, UN and the Catholic Church.

The main goal of the program is to prevent and report any event that may jeopardize the agreement.

The UN will deploy observers in the country’s 33 municipalities that have been the most affected by the war between the state and the ELN.

The Catholic Church will accompany the program in 20 dioceses.

"The ELN will maintain communication with its structures, through its own channels, to inform all UN delegates any truce-related activity," according to members of the negotiating teams.

The Colombian public force will also have constant communication with its units in each jurisdiction.