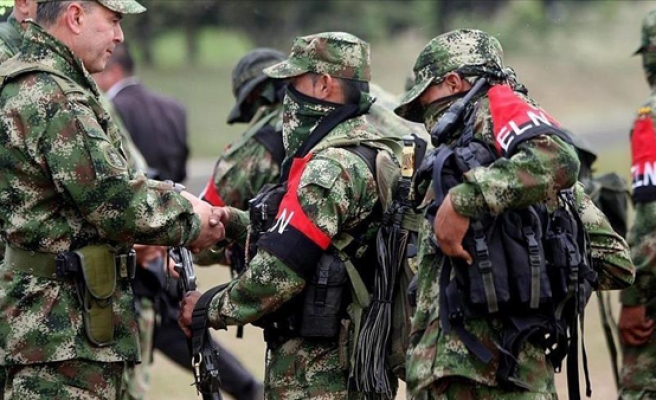 Colombia’s second guerrilla group said Wednesday that it would engage in peace talks with the government.

In a joint declaration made in Caracas, Venezuela representatives of the Colombian government and the National Liberation Army (ELN), presented a six-point agenda for the talks that will take place in Ecuador, Venezuela, Brazil, Cuba and Chile. Norway will be a guarantor nation.

“Today, more than before, we have to be united in order to make this dream a reality which will permit all of society to live in their homes, amongst our families, in our town and villages and in our cities, without fear, free from the consequences of war and with the tranquillity that peace will give us,” said Colombian President Juan Manual Santos.

The agenda will include the participation of Colombian society in the talks, democracy for peace, transformations for peace, victims of the conflict, ending the conflict and the implementation of the accords.

“For the first time we have the possibility of achieving a total peace,” Jorge Restrepo of the Conflict Analysis Resource Center based in Bogota said in responding to the announcement of the upcoming peace talks with the ELN – after a lengthy period of exploratory talks which began in January 2014. “In this way we can end the armed conflict with both of the groups involved.”

The Colombian government’s negotiating team is led by Frank Pearl who has also participated in peace talks with the Revolutionary Armed Forces of Colombia (FARC) and Antonio Garcia, the military commander-in-chief of the ELN. FARC’s chief negotiator welcomed the announcement in a tweet.

“The ELN and the FARC together with the people and towards peace with social justice: a historic moment for Colombia,” he said.

With an estimated 1,600 combatants, the ELN is the smaller of two rebel groups that have waged an ongoing conflict against the Colombian state since 1964.

Although it has fewer fighters, the ELN has been particularly effective in staging strategic attacks on targets of economic significance such as oil pipelines and the group maintains a strong presence in mining areas.

The principal rebel group in Colombia remains the FARC with approximately 8,000 fighters. The group has been involved in peace talks with the Colombian government since November 2012.