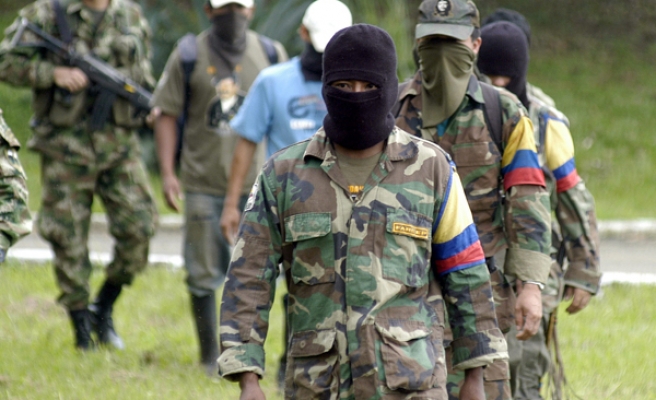 The president of Colombia and the leader of a rebel group on Wednesday announced a date to sign a peace accord to end more than 50 years of conflict.

In a landmark declaration in Havana, President Juan Manuel Santos said that peace talks “must be completed in six months” and “the FARC must begin to lay down their weapons at the latest, by 60 days after signing the final agreement,” in March 2016.

Expectations were high Wednesday after Santos tweeted a hint that a big announcement was imminent. “I will be making a stopover in Havana for a key meeting with the negotiating teams with the aim of speeding up the end of the conflict. Peace is close.”

It was later revealed that the commander-in-chief of the Revolutionary Armed Forces of Colombia (FARC), Rodrigo Londoño Echeverri, alias Timochenko, went to Cuba for a private meeting with Santos, and that peace dialogues were entering their final phase.

The peace talks that began in November 2012 have been stalled on the controversial issue of justice since last June.

The agreement stipulates, in part, that guerrillas who confess to crimes against humanity, torture, forced displacement, forced disappearances, sexual violence, extra judicial killings and kidnapping will receive jail terms of between five and eight years.

The Colombian conflict has, since 1964, caused the deaths of more than 300,000 victims and displaced more than five million more.

When the two sides agreed to peace dialogues, a six-point agenda was set, including the subjects of political participation, agrarian reform, illicit drugs, victims of the conflict, disarmament and the peace deal implementation.

The final agreement will be signed in Norway.