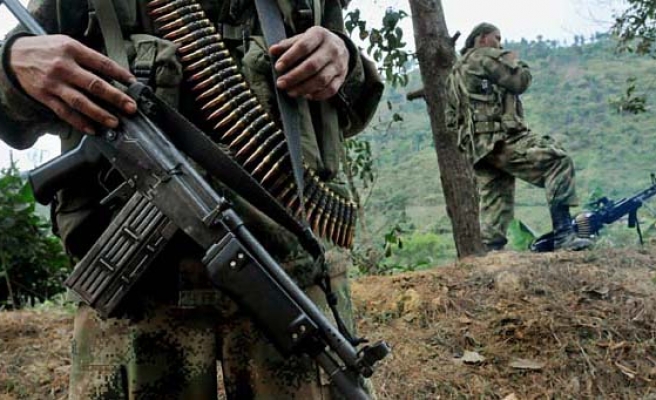 A full or partial deal between the government here and FARC guerrillas will be ready to be signed later this month, Colombia’s foreign minister said Monday.

Ángela Holguín, who is in Spain negotiating ownership terms of potential treasures on the San José galleon that sunk in Colombian waters in 1708, said a peace agreement could be reached after more than three years of negotiations.

“On March 23 there will be something, we will see if it represents the total accord or a part of it,” Holguín said.

The Revolutionary Armed Forces of Colombia (FARC), who have been involved in peace talks with the Colombian government since November 2012, said Sunday that there had been “substantial advances” towards reaching a definitive bilateral cease-fire, raising hopes March 23 could be the date when a peace deal is signed between the two sides, ending more than 50 years of conflict.

What is “relevant”, according Holguín, is that the peace process is being developed with attention to detail and that on any given day obstacles could arise but that it is important to, “achieve a lasting and stable peace”.

Negotiating teams are currently discussing the final issue of how to end the conflict, having already agreed on agrarian reform, political participation, victims of the conflict, justice and the issue of illegal drugs.