The documents offered some details of post-conflict programs, including a land fund for poor farmers, though the amount of government financing guaranteed for such efforts remains unspecified. 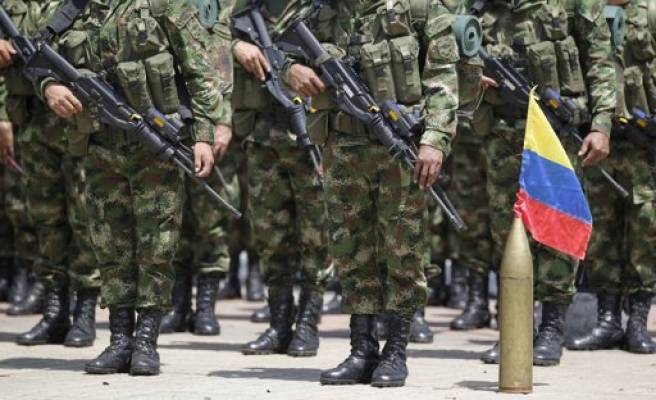 Colombia's government and leftist FARC rebels on Wednesday released copies of previously unpublished agreements reached at peace talks to end five decades of war, providing a glimpse of accords that could make up a final deal.

The nearly two-year-old talks, in Havana, Cuba, have produced deals on land reform, political participation for demobilized Revolutionary Armed Forces of Colombia, or FARC, fighters and the illegal-drug trade.

The broad points of each agreement were already public, but the full text of the accords had not been disclosed, which fueled criticism of the talks by opposition politicians who said a peace deal could mean impunity for rebel leaders.

The documents offered some details of post-conflict programs, including a land fund for poor farmers, though the amount of government financing guaranteed for such efforts remains unspecified.

Under the political participation agreement, areas that have been affected by the conflict would receive more representation in Congress, though the document does not allocate the seats to the FARC or any other group.

In other documents, the government promised to guarantee safety for political leaders, while the FARC pledged to help eradicate illegal crops such as coca.

Any final deal will have to be approved by voters in a referendum before it becomes law.

Details of the agreements had previously been kept under wraps to protect the negotiations, said President Juan Manuel Santos, who is in New York to speak to the United Nations General Assembly on Thursday.

"But now we think the process is advanced enough and well protected enough to make what we have agreed public," Santos said.

Publishing the full agreements was also an effort to increase the transparency of the peace process, the government and the FARC said in a joint statement.

"All types of speculation about what has been agreed to persist. Speculation sometimes is the product of ignorance and other times has the intention of misinforming the public," the government and the FARC said in a joint statement.

"For this reason, and as a transparency measure, we have decided to make public the text of the partial agreements."

The text of each agreement is available, in Spanish, on the website www.mesadeconversaciones.com.co.

The negotiators are currently discussing victim reparations and will then move to talks on demobilization of rebel fighters.