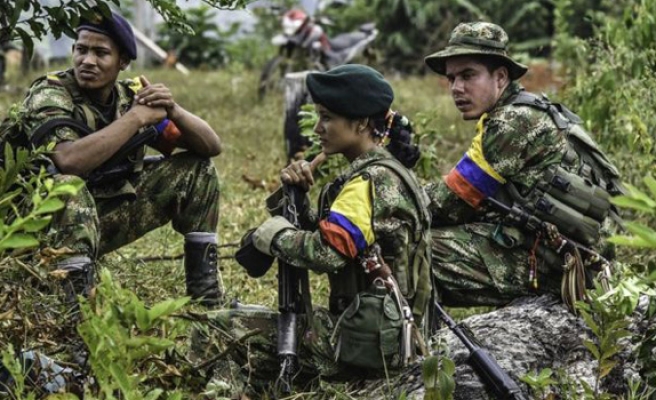 Colombia's FARC rebel group on Friday warned renegade members they will be thrown out of the movement if they boycott a peace deal aimed at ending a half-century conflict.

The warning came after reports that some members of the Revolutionary Armed Forces of Colombia (FARC) planned to ignore the deal being prepared with the government in Bogota.

"Declaring oneself beyond the authority of the leadership places the person who does so outside" the force, FARC commanders said in a statement.

Those who break from the deal and refuse to demobilize will be banned from using the FARC's "name, weapons and goods," it said.

President Juan Manuel Santos warned this week that fighters who do not demobilize will be wiped out by the Colombian military.

"I assure you, they will end up in the grave or in jail," he said in a speech.

The FARC currently has about 7,000 members.

It signed a ceasefire and disarmament deal with the government last month at peace talks in Cuba.

The government said it hoped to move on to a full peace deal within weeks.

The Colombian conflict started in the 1960s as a rural uprising for land rights that spawned the communist FARC.

It has left 260,000 people dead, 45,000 missing and nearly seven million displaced, according to official figures.