Colombia's FARC guerrillas have proposed holding talks with the regional group Unasur as a step toward negotiating an end to their four-decade-old insurgency. 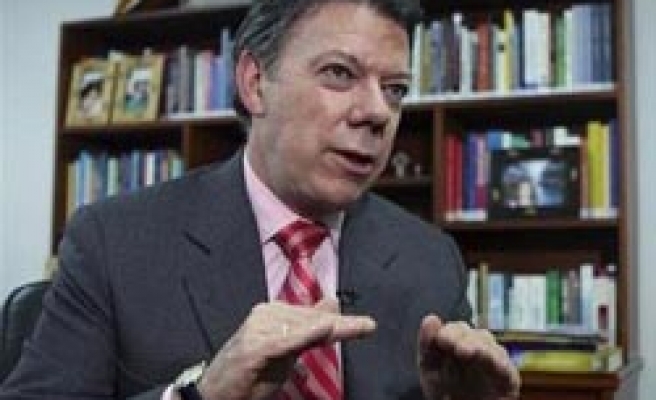 Colombia's FARC guerrillas have proposed holding talks with the regional group Unasur as a step toward negotiating an end to their four-decade-old insurgency, but the government rejected the offer as "unacceptable".

The Revolutionary Armed Forces of Colombia, or FARC, made the proposal after President Juan Manuel Santos dismissed any foreign government role in negotiating with the leftist guerrilla force and demanded a cease-fire before any talks.

Colombia last held peace talks with the FARC from 1999 to 2002 when the FARC was granted a demilitarized zone the size of Switzerland in southern Colombia.

Unasur, or Union of South American Nations, is a regional bloc which has stepped in to negotiate the end to diplomatic disputes in the past. But disagreements over conditions have thwarted previous attempts to broker talks with the FARC.

"Presidents, whenever you believe is opportune, we are willing to present our vision of Colombia's conflict before an assembly of Unasur," the FARC said in a statement posted on the Anncol website (http://www.anncol.eu), which often carries rebel communiques.

Colombia's defense minister said it was unacceptable for the rebels to have a presence in an international organization and Ecuador, which holds the rotating presidency of Unasur, said it would respect the Colombian government's position.

"The president himself has said to construct a road to peace we don't need intermediaries," said Colombian Vice President Angelino Garzon.

The FARC has lost senior commanders and its ranks have been weakened by a wave of desertions. But the guerrillas are still a force in rural areas where they use cocaine trafficking to help finance their operations.