President Juan Manuel Santos said he would reveal more about the talks in the coming days. 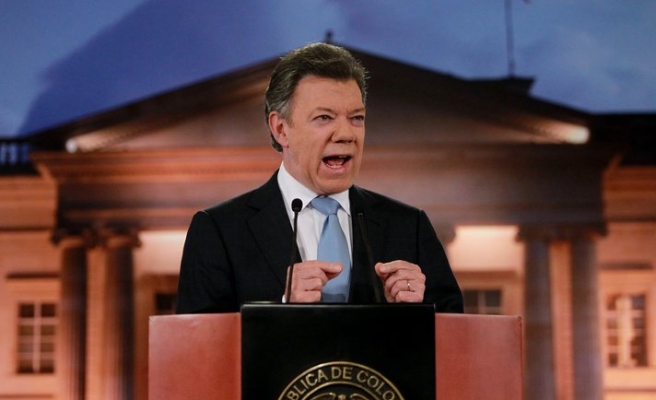 In a televised address from the presidential palace, Santos said his government would learn from the mistakes of so many previous leaders who tried but failed to clinch a lasting ceasefire with the Revolutionary Armed Forces of Colombia.

"Since the first day of my government I have completed my constitutional obligation to find peace. With that aim, we have had exploratory conversations with the FARC to seek an end to the conflict," he said, confirming weeks of swirling rumors that his government had started behind-the-scenes discussions.

He added that the military would continue its operations "throughout every centimeter" of Colombia while talks continued.

Santos did not provide further details, but said he would reveal more about the talks in the coming days.

In response to a Reuters interview published on Monday with the head of the nation's second biggest rebel group, Santos said the National Liberation Army, known as the ELN, could also be involved in the peace talks.

"Today the ELN has expressed, via an international news agency, its interest in participating in conversations to put an end to the violence," the president said in his brief speech.

"I tell that group that, within the same framework, they too can be part of the effort to end the conflict."

A Colombian intelligence source told Reuters earlier that as part of the deal to hold talks, Santos had agreed FARC rebels would not be extradited to any other country to stand trial.

Details are still being worked out, the source said, but the negotiations could take place in Cuba or Norway. U.S. President Barack Obama is aware of the process and is in agreement, the source said.

Santos, who is at the mid-point of his four-year term, has said he would consider peace talks with the FARC only if he was certain the group would negotiate in good faith.