Despite last ditch meetings between the government and strikers, blockades go ahead. 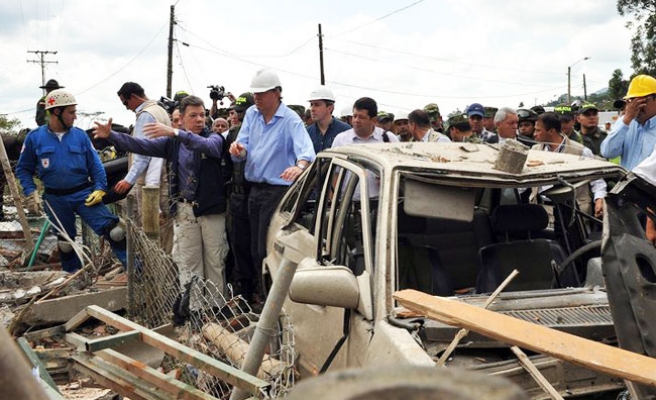 Last minute talks between the government and farm union representatives have failed and the second agricultural strike within a year began in Colombia on Monday.

Farmers are demonstrating over what they say is the government’s failure to fulfill promises made to the agricultural sector in 2013 after almost 20 days of strikes which paralyzed Colombia.

With blockades using nails and other objects obstructing highways in the most affected areas, transport companies on Monday reduced schedules by up to 70 percent.

The strikes of August 2013, mobilized hundreds of thousands of Colombians and sparked fears of food shortages in cities. Farmers then were demonstrating against the rising costs of transport, fuel and international free trade agreements which guaranteed cheaper products from neighboring countries.

Farmers had been “betrayed by their government,” César Pachón, spokesperson for one of the striking groups, Agricultural Dignity explained in an interview to El Espectador newspaper on Monday. Farmers had come to protest so they could remain working the land rather than “coming to the cities to beg,” he said.

Areas particularly affected in the most recent action have been Boyacá, the neighboring department to the capital Bogota, and the traditional coffee growing areas of Calda, Risaralda, Huila and Putumayo in the south of the country.

President Juan Manuel Santos and the Colombian minister for agriculture Rubén Darío Lizarralde have been locked in dialogues with leaders of the striking movements but as yet have been unable to reach agreement. Colombia’s presidential elections are set for May 25 and these strikes are seen as a real test for President Santos’ government.

“The farmers in Colombia will not be wiped out as they have been in other countries by Free Trade Agreements,” said Pachón.

Land rights and agrarian reform have long been at the heart of struggles in Colombia and are seen as one of the initial causes of the long-running civil conflict. The FARC (Revolutionary Armed Forces of Colombia) guerrillas, who have been engaged in peace dialogues with the government in Havana, Cuba since 2012, made it the first item for negotiation on their agenda.

Demonstrations across Colombia have so far been calm, despite classes being suspended at the National University in Bogota for fear of violence. Though there were no incidents of unrest the Minister of Defense Juan Carlos Pinzón accused the FARC of having infiltrated demonstrations in various parts of the country, statements which were quickly quashed as rumors by the FARC secretariat.

Demonstrations last year became routine in Bogota and in the department of Boyacá more than 200,000 farmers blocked access to the city and skirmishes between the police and strikers resulting in 12 deaths and 485 people injured.

ANIF (the National Association of Financial Studies) estimated that the strikes in Colombia in 2013 shaved 0.2 percent off Colombia’s gross domestic product for the third quarter of that year, a total of around US$134 million.